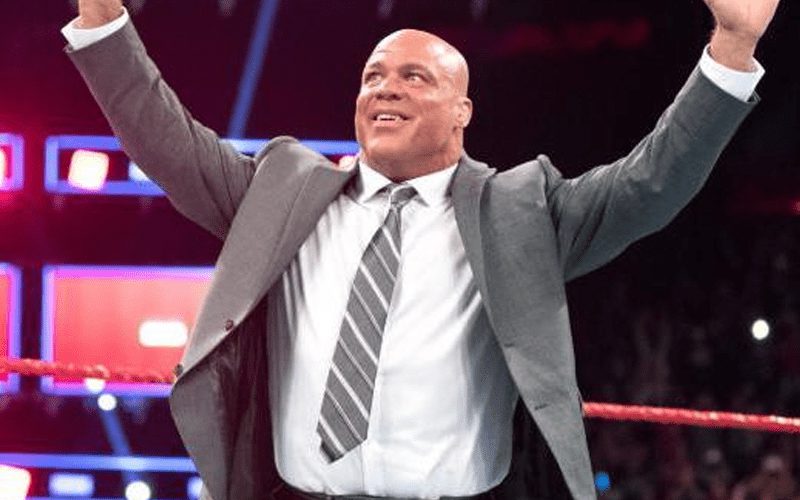 Kurt Angle is no longer in WWE, but the company made offers to try and keep him around even after his April 15th release. WWE offered him a position as Matt Riddle’s manager, but he declined the offer. He is very busy with his health food business and decided to focus on that endeavor instead.

While speaking to Wrestling Inc, Kurt Angle revealed that WWE talked about a spot as a trainer in the Performance Center. He would have been able to perform the job via Zoom call, but nothing came from it.

“Yeah, I talked to Triple H about not so much going down there a lot but being on the phone or on a Zoom call with the wrestlers and talking to them, going over film, going over there technique [and] talking to them about promos. So it was a pretty easy schedule for me.”

“Nothing came to fruition, but that’s OK. They brought up the idea a few months ago, and it kind of got lost, but it’s OK. I’m good where I am, and if they want to continue to use me here and there, that’s fine.”

We’ll have to see if WWE ever calls Kurt Angle down the line and offers him a spot as a trainer. The opportunity could present itself again. Right now WWE’s NXT recruits are training in a different building across the street from the actual PC as they renovate and remodel the facility.