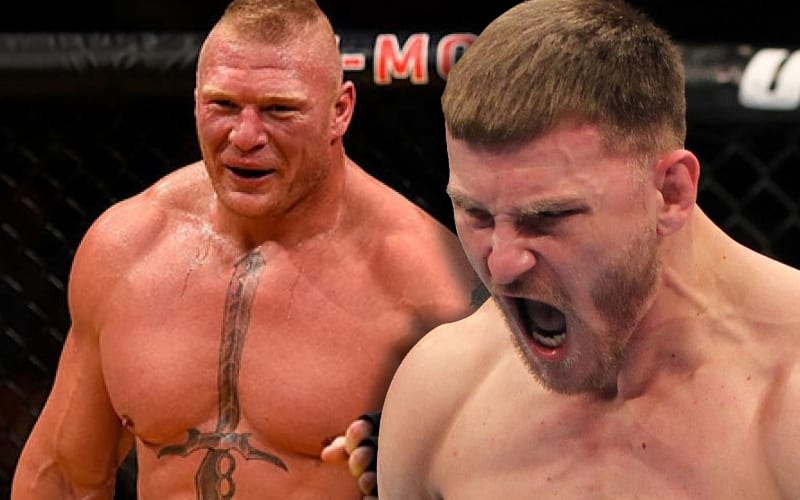 Brock Lesnar and WWE no longer have an active contract between them. That means Lesnar is a free agent and able to field other offers. It’s unclear what he will do next, but Stipe Miocic thinks he will make easy work of Lesnar.

While speaking to Chris Van Vliet, Stipe Miocic stated that he would have little issues defeating Brock Lesnar in the Octagon. He’s open to fight anyone including the Beast Incarnate.

“Yeah, I’ll fight anyone. There’s no question. I don’t care. I would take that fight in a heartbeat.” He also remarked that, “It would be an early night for me.”

Stipe was asked if he would end a fight with Lesnar in the first round. His response was: “We’ll see.”

Bellator also contacted Lesnar about a possible fight with Fedor Emelianenko. If Lesnar wants to face Fedor, then it’s going to happen in Bellator. Scott Coker seems more than ready to see what Lesnar wants to do. On the other hand, AEW isn’t talking about any possible talks with Lesnar.

The UFC might also have an interesting opportunity or two for Brock Lesnar. Of course, Chris Jericho is also under the impression that Lesnar and WWE have fully split. We’ll just have to see who backs up a money truck to Lesnar’s house first.