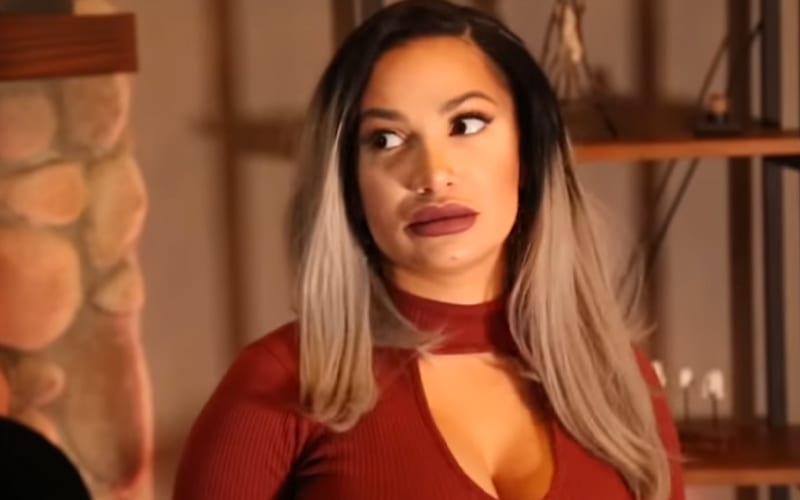 Reby Hardy appeared briefly on AEW Dynamite last week. She was there to watch her husband Matt Hardy announce a hiatus from pro wrestling so he can focus on his health. She is a very supportive wife, and incredibly protective as well. This can sometimes paint her as a bad guy, but she has no problem with that label.

Following Matt Hardy’s scary fall at All Out, Reby was understandable livid and concerned. She fired off a few tweets, but that’s not the first time she has taken a stand on social media.

Queen Rebecca recently fired off a tweet saying that the most hated people are usually that way because they’re honest. If that’s the case, then she’s happy to be hated.

The most hated is usually the most honest & I’m happy to be the bad guy.

Reby Hardy hasn’t really played an on-screen role in her husband’s television storylines since before his WWE return. She was featured very briefly as she played piano in one of Matt’s Woken segments in WWE, but she could do much more. We’ll have to see if this added attention brings her back to the spotlight.

Do you think Queen Rebecca needs to return to her husband’s side on television? Sound off in the comments below!