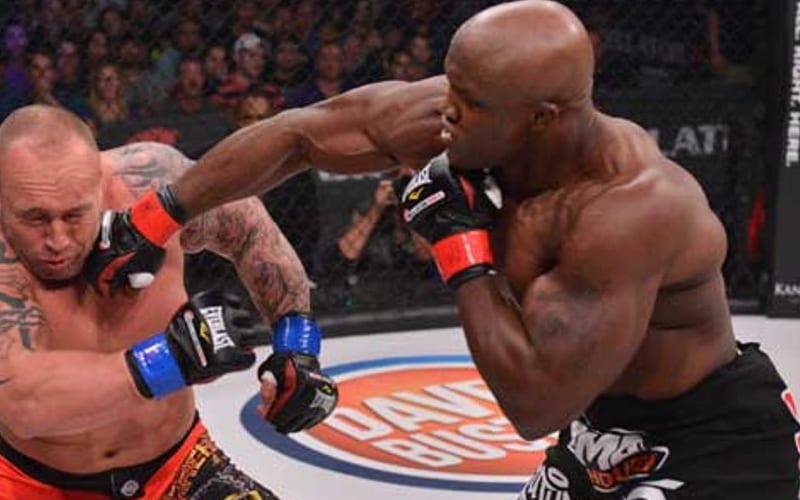 Bobby Lashley returned to WWE after spending years away from the company. He was most recently with Bellator, and that contract still has fights left on it.

While speaking to TV Insider, Bobby Lashley said that he will continue to fight in MMA until he can’t do it anymore. Obviously, WWE takes up a majority of his focus right now. He has been in contact with Bare Knuckle Fighting Championship, but that might not be possible due to his arrangement with Bellator.

The All Mighty revealed that his Bellator contract allowed him to leave if WWE offered him a deal. Now that he’s with WWE, he still has fights left with Scott Coker’s company.

“I’m fighting until I can’t fight anymore. I just had a conversation with the Bare Knuckle Fighting Championship guy. We discussed going out there and doing a bare knuckle fight. I still have an agreement with Bellator. I always thought I would find my way back to WWE.”

“When I signed my Bellator contract, I had an out clause for the WWE. It said if WWE alone offered me a contract they would relieve me from the Bellator contract. [Bellator MMA President] Scott Coker is an amazing guy. The fact he gave me that contract was just incredible. But since he gave me it, I still have fights with Bellator and can fight with them, which is a really good thing.”

We’ll have to see if Bobby Lashley takes another MMA fight, but if it happens then it’s likely to take place in a Bellator cage. The company also recently contacted Brock Lesnar about coming in. If WWE won’t book Lesnar vs Lashley, the who’s to say it can’t happen in Bellator?