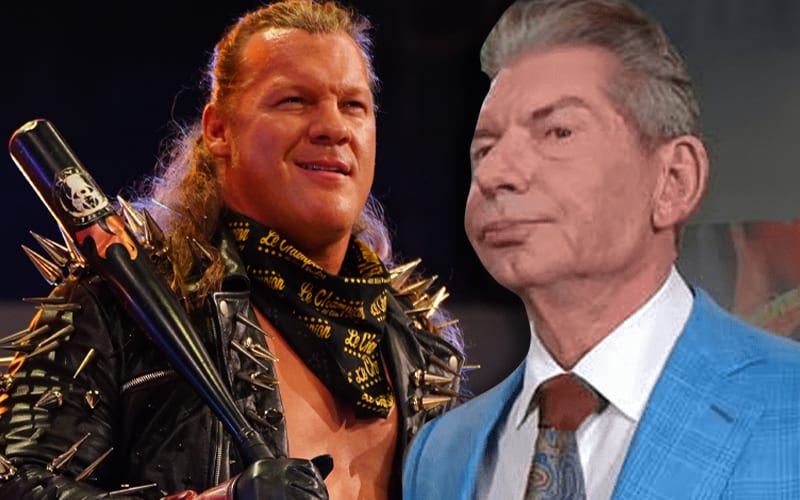 Chris Jericho spent a long time under WWE’s roof, but he is now happy in AEW. Does he still communicate with anyone from his old stomping grounds?

Jericho formed friendships with people in WWE that haven’t gone away. Everyone gets busy with their own lives, but Le Champion has shut people out from WWE as others have when they left.

During his Saturday Night Special, Chris Jericho revealed that he still texts guys like Drake Maverick, Kevin Owens, and Samoa Joe. He also corresponds with Vince McMahon from time to time as well.

“I haven’t been speaking to a lot of people, but not for any other reason than the fact that we’re all busy doing our things, going in our own directions,” Jericho said. “I still talk to Kevin Owens, Drake Maverick, and Samoa Joe. I speak to Edge once in a while. I also text Seth Rollins once in a while.”

“I also talk to Vince [McMahon] from time to time. But do I talk to WWE guys on a daily basis? Definitely not, we’re all busy people, on different planes, flying to different parts of the world. I still have much respect and love for all of them there.”

Jericho and McMahon communicated all the way up to him signing with AEW. McMahon even called Jericho after he signed to see if he could get out of his All Elite Wrestling contract.

Chris Jericho also opened up about how he would like to bring Samoa Joe to AEW. We’ll have to see if that’s a possibility down the line, but if Jericho wants to know all he needs to do is send a text because he apparently still communicates with the Samoan Submission Machine.