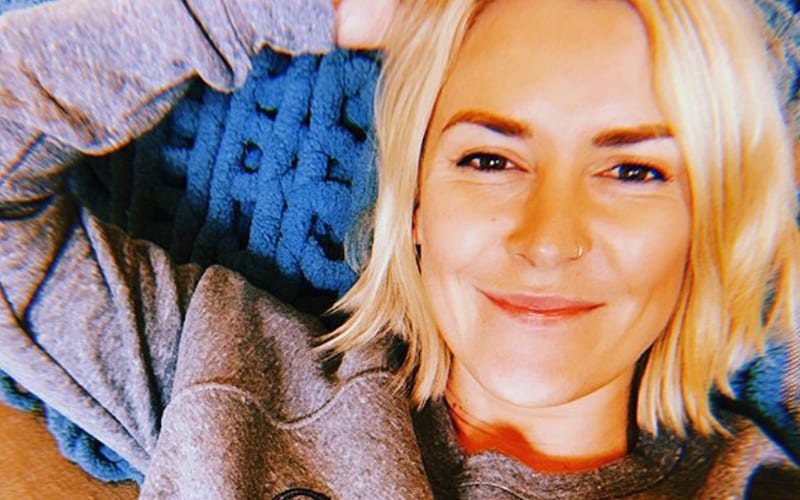 Social media can be a wild place. A post can get taken totally out of context when you least expect it. Renee Young discovered that yesterday on Instagram.

The former WWE Backstage host sent out a photo of herself lounging around. Her shirt was very interesting as it displayed an artistic representation of the female reproductive system. The photo was a bit misleading and she received a few premature “Congratulations, you’re pregnant!” messages. That is not the case.

Renee Paquette then had to inform fans that she is not expecting a lil Moxley any time soon.

Lol let me re-caption this. “Lady bits”. This wasn’t meant to be misleading

Renee Paquette and Jon Moxley are quite happy, and you can never count out them reproducing and becoming two of the coolest parents on the face of the planet. It’s just not happening right now.