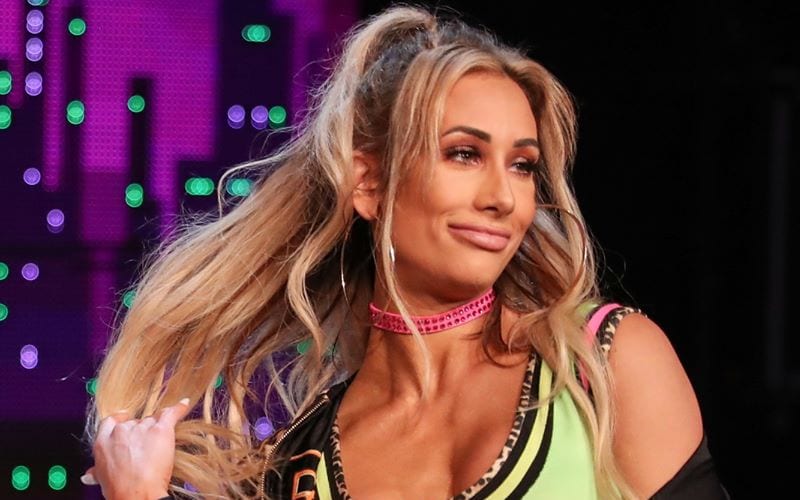 It’s been a while since we’ve seen Carmella in a WWE ring, and while she’s clearly busy with other projects outside of professional wrestling, many are still wondering when she’s going to come back

The former SmackDown Women’s Champion is still viewed as a fan favourite regardless of whether or not she’s a heel or a babyface, and her progression as an in-ring competitor needs to be admired.

Ringside News exclusively reported that — unless we’re all being swerved — Carmella is the SmackDown mystery woman. Click here for all the information you need on that.

After fans pointed out her extended absence on social media, Carmella was happy to indulge them with a few amusing replies.

The women’s division on SmackDown is definitely picking up the pace as of late, and the return of Carmella would only add to that momentum.

Either way, though, she’s set herself up well for life after pro wrestling – so kudos to her for that.