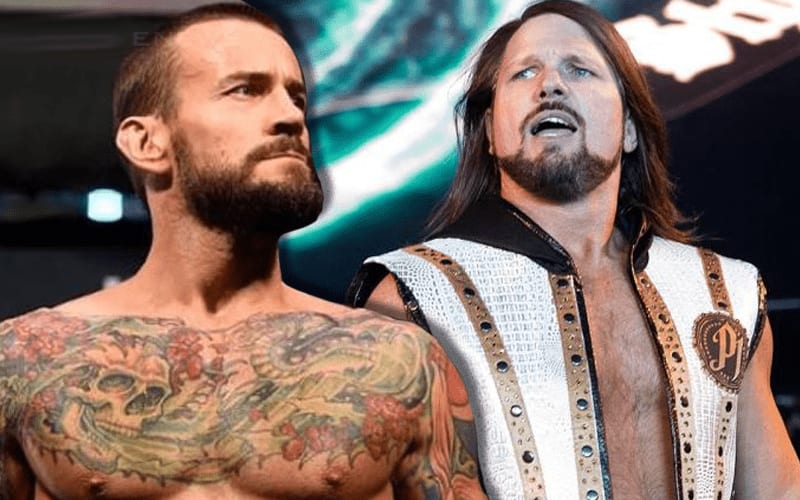 CM Punk fired a shot at AJ Styles a few months ago which implied the Phenomenal One was staying quiet during the Black Lives Matter movement for a negative reason. Styles is not a fan of Punk, and he’s made no secret of that.

During a recent Twitch stream, AJ Styles was asked about facing CM Punk. He flat-out said it is not happening. He also said that the reason is quite apparent.

“Nope. That will never happen… I don’t have to go into detail about that one. I think it’s pretty obvious where things stand. I’m not a fan.”

AJ Styles is much more open to wrestling someone like Triple H. In fact, he recently spoke about how he would like to be Triple H’s final opponent in the ring. The two have been able to team up with each other, but never lock up on opposite sides of the ring.