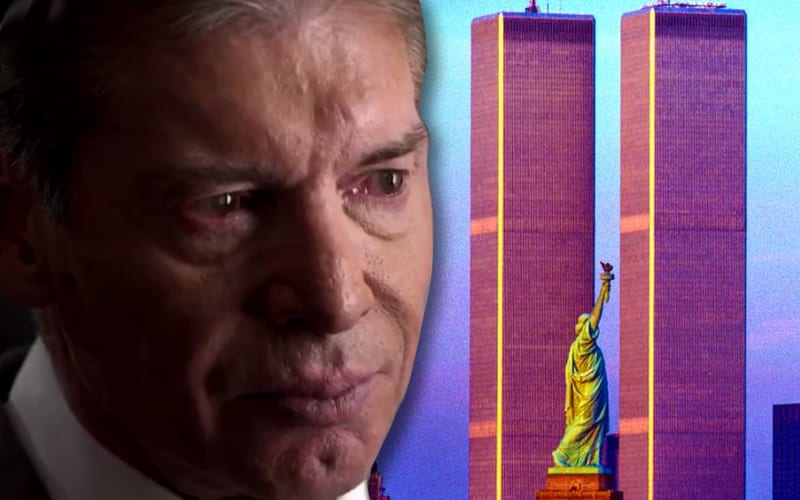 Today is September 11th, which is a significant day for Americans. In 2001, two plans crashed into the World Trade Center in New York City. Another plane crashed into the Pentagon, and another was crashed in Pennsylvania. This was a coordinated attack on America, and we are all remembering that on this day.

Vince McMahon posted a photo of the World Trade Center towers. He included the caption: “#NeverForget.” This was retweeted by WWE’s official Twitter account.

The Undertaker also posted a heartfelt tweet in remembrance of September 11th.

Thousands of innocent Americans were taken from us 19 years ago today. In their memory, we should honor them, their families, the first responders, and American service men and women who protect us.

Those heinous attacks resulted in 2,977 fatalities and over 25,000 injuries. Americans will never forget this day as it forever changed so much about society.

Families were broken as loved ones were lost. Brave emergency personnel who ran into a collapsing building are still fighting to for benefits that they rightfully deserve as well.