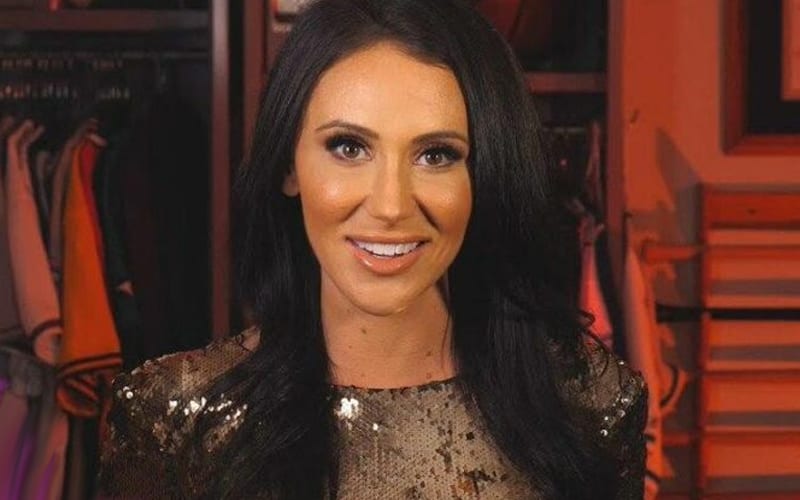 AEW released Jennifer Decker from the company this week, and there are a few fans who will miss having her around. She remained quiet about her separation from AEW, but news broke yesterday of her departure and it was harder to avoid.

Ringside News exclusively broke the news that Jennifer Decker is no longer with AEW. This was followed by a report that some in the company are under the impression she could come back.

One fan tweeted out to Decker and said: “As an AEW fan, I’m going to miss you.” She replied back with two heart emojis to both acknowledged his tweet and the fact that she is no longer with the company.

Jennifer Decker can still be heard on the Swing & Mrs radio show which she hosts with husband Cody Decker. It seems that AEW and Decker also still have an amicable relationship as both parties still follow each other on social media.