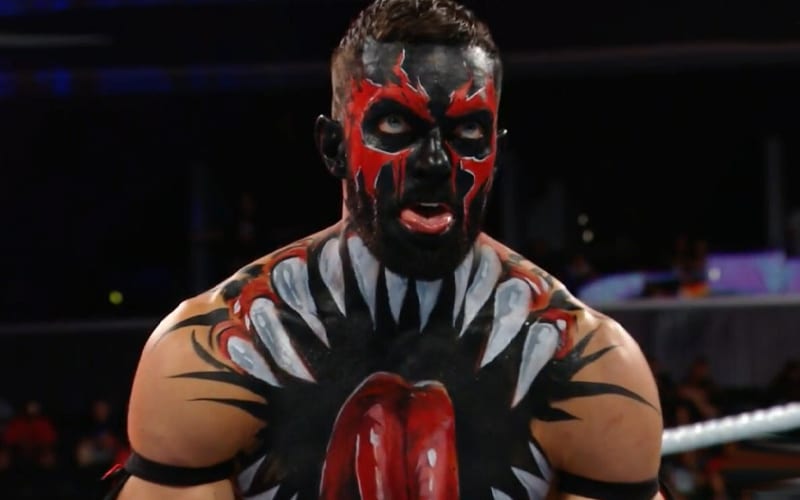 Finn Balor delighted fans with The Demon character in WWE, but he hasn’t donned that makeup for a while. He is now The Prince once again, and NXT Champion. The Demon King persona seems to be tucked away for now.

Balor’s return to NXT last year brought a change to his demeanor. He was essentially written off the main roster after a tough loss to Bray Wyatt’s debuting Fiend. Then he re-emerged with a new attitude in the black and gold brand.

While speaking to Digital Spy, Finn Balor brought up the Demon character. It’s not likely that we’ll see him again for a while. He referred to the Demon as a crutch. It’s not dead and buried, but right now he’s doing something else.

“I feel like The Demon was supposed to be a one-off in Tokyo Dome, Japan and it grew into this completely separate entity that for some time I had control over and then eventually it just kind of spun out of control. I was trying to please too many people and not pleasing myself. I feel like I lost a grip on what the character was and what I was utilizing it for. I feel like the main element that The Demon had was the element of surprise and I feel like we lost that in a sense and it became more like a crutch for Finn.”

Finn Balor is now NXT Champion, and looking for his first challenger. The Demon persona lends itself to a babyface role, and that is not Balor’s current spot on the roster.

You can never say never in WWE, and the company has made a lot of money off that Demon look. Odds are we’ll see the Demon King come back, but right now Finn Balor is only interested in remaining NXT Champion.