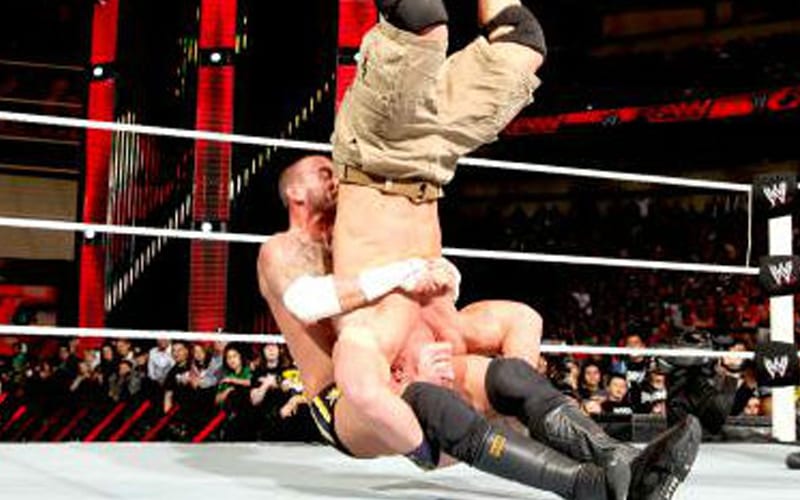 WWE Superstars have a few moves that are off limits. The only people who are really trusted with a piledriver are The Undertaker and Kane. Ever since Steve Austin’s neck was accidentally broke by Owen Hart with a piledriver, the move has been banned.

The Panama Sunrise (Canadian Destroyer) is starting to be used in NXT. That move is a flipping piledriver, but it’s somehow okay. Click here for the crazy reason why Vince McMahon approved that move.

CM Punk recently took part in a Twitter Q&A. He was asked if WWE officials were upset when he hit John Cena with a piledriver. Punk then revealed that there was heat, but he didn’t let it bother him.

I mean, people were mad but if you really think about it they’re big babies.

The piledriver is a dangerous move, but anything can go wrong in a pro wrestling ring. A clothesline can also cause great injury if a fluke takes place in the squared circle.

We’ll have to wait and see if CM Punk ever wrestles again, but he’s not likely to start limiting his moveset if he does.