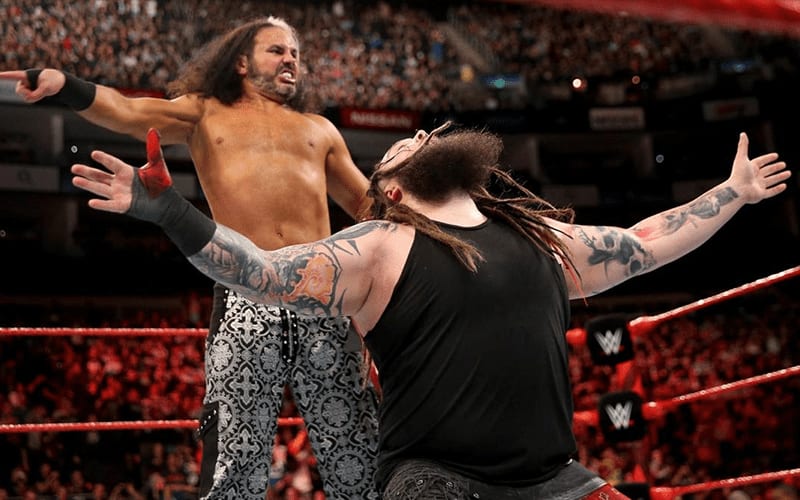 Matt Hardy’s fall that he suffered at AEW All Out was one of the scariest pro wrestling moments of the year thus far, and many fans were frightened that Hardy may have sustained career-ending injuries.

As Matt himself has confirmed, it does appear as if he’s going to make a full recovery – even though some believe he should use this as a sign that he should retire.

Someone who spent a lot of time with Hardy during his most recent run in WWE was Bray Wyatt, and he wasn’t afraid to break character on social media and wish his friend all the best.

Hardy is clearly determined to come back better than ever, but on the flip side, AEW still needs to take a look at their concussion protocol to ensure this doesn’t happen again.