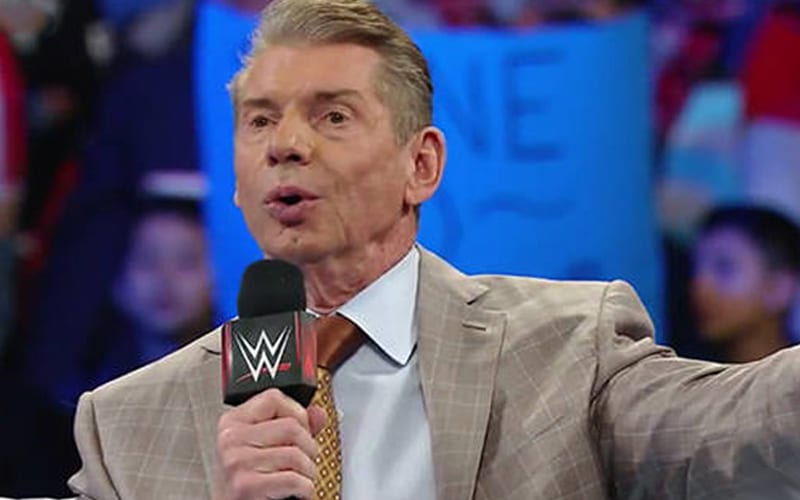 WWE told their Superstars that they’re not allowed to do business with third parties anymore. A lot of things went into that decision until Vince McMahon finally put his foot down. The backlash from this decision has generated conversations in high places.

Former Democratic US Presidential candidate Andrew Yang went on CNN and he bashed WWE’s policy in a big way. He is going for Secretary of Labor and told Vince McMahon over CNN’s airwaves that he better hope his buddy Trump wins.

While speaking to Chris Van Vliet, Andrew Yang had a lot to say about WWE’s policies. He noted that WWE shouldn’t be allowed to have it both ways in regards to controlling their Superstars and still limiting the benefits they provide.

“It infuriated me because I know the WWE has been trying to play it both ways for years. Where they’re saying on one hand – ‘Can’t do anything without our say so. We own you … BUT you’re an independent contractor and we have nothing to do with your health, retirement, any of the benefits you’d get that would accrue to an employee.’ So, to me,  you have to make a choice at some point. If you’re going to control all these aspects of a wrestler or a performer’s waking life, then you should take some responsibility too for that person’s bigger picture.”

“They’re putting their lives on the line, or their health on the line, their family life on the line, all the time. They made Vince a billionaire, and then the fact that he’s still being so heavy-handed about their ability to make a simple buck on Cameo just struck me as so absurd, and ridiculous, and wrong.”

Andrew Yang then turned his focus to WWE’s claim that they are much like Disney and Warner Bros. He explained why that doesn’t make any sense. Disney will have an actress like Emma Watson play Belle in Beauty and the Beast. Disney doesn’t own her, nor do they control what she can do apart from the company since Watson is an independent contractor actress.

“I really do not. Because there’s no doubt in anyone’s mind that if an actress or performer plays Belle from Beauty and the Beast, that is not actually Belle. She does not live in a magic castle with The Beast. So if the actress then turns around and does something of their own accord, everyone knows it’s talent for hire and she’s doing something else. So, with professional wrestlers, you inhabit a character … but you’re still a human being and you still should be able to do things as any human would do.”

“If you, Chris, somehow were in a movie and then all of a sudden you weren’t allowed to turn around and do anything as yourself. So I think that the comparison is not very apt. In large part because the treatment is so dissonant. Because on one hand you’re saying, ‘Look, we have no responsibility for you BUT on the other hand we control your very image. Your name in some cases. And you can’t do anything without our say so. In a way, it’s actual inhuman. It’s de-humanizing. It’s saying, ‘Look, you are no longer a human being. You are this character.’”

“Disney doesn’t own Emma Watson. It’s not like Emma Watson shows up some place and Disney’s like, ‘Can’t sign those autographs.’ If they want to compare themselves, they should really re-think their values. In large part because if you do look at someone like Emma Watson, or Disney, or Warner … guess what? They’re members of the Screen Actors Guild and they have tons of benefits! If you want to go that direction, Vince, then you’d have to completely change how you treat your workers. Which is a legitimate way to go. And that would be one thing I would suggest. If you want to control their name and likeness, guess what, then they should be part of a union or professional association. They should have benefits up to their eyeballs. Then you could have a conversation with them about some of their activities.”

WWE has been steadfast in their claim that Superstars are independent contractors and that’s not likely to change. They have also been challenged a time or two, but have continued in their previous policy that stems back to days gone by when wrestlers had a country of territories they could travel between. It certainly hasn’t aged well in 2020.