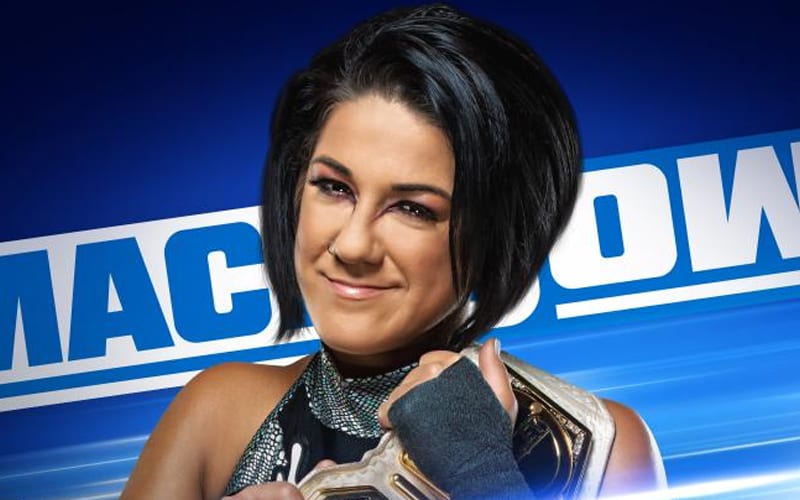 WWE will continue building toward Clash of Champions on September 27th. They have added a couple of segments to this week’s episode of SmackDown that will do just that.

Bayley will appear in the ring this week on SmackDown. She has a lot of explaining to do after beating down Sasha Banks last week. She’ll probably say “ding dong” somewhere during that promo since it’s on her new t-shirts.

Jeff Hardy will also defend the IC Title against AJ Styles this Friday. Those two have a heated feud, but you can never count out the possibility of Sami Zayn showing up with his own IC Title to get in the way of that match coming to a satisfying conclusion.

Bray Watt will also have a Firefly Fun House segment where he will reveal a new friend. Wobblin Walrus might be the talk of the Internet Wrestling Community when everything is said and done.