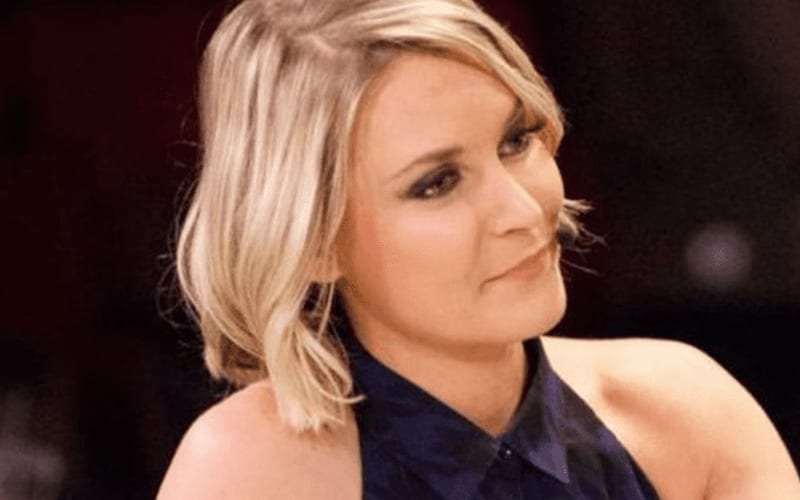 Renee Young bid WWE farewell after SummerSlam, but her time with the company was winding down considerably up that point. She had a great weekly gig with WWE Backstage, but she felt as though the steam was lost even before that.

Young was a trailblazer as the first woman to hold a full-time commentary role in WWE. She had to learn in front of millions and never had time to go and work on her craft at the Performance Center.

While speaking to Sports Media, Renee Young revealed that she feels as though she lost steam with that role as announcer on RAW. She said that everyone was excited for her until it didn’t work out as they had hoped. Then they “ended up kicking” her back to Fox.

“I definitely felt like I lost steam but couldn’t quite put my finger on why. I really felt like they were giving me the keys to the castle and everyone was supportive, but once my run on commentary ended up not being what everyone thought it would – certainly wasn’t what I had hoped it would be – they just ended up kicking me back to Fox to do my thing. Which was fine, but I just felt lost.”

“Everything outside of RAW commentary and hosting a show on Fox just seemed like a step back. I felt like I was just spinning my wheels and there was nowhere to go. I was always the ‘A’ person in a broadcast for the majority of my career, and now all of a sudden, I’m the third voice at a commentary table. Graves and Cole have been calling SmackDown for so long and cover everything wall-to-wall that by the time an opportunity came up, there wouldn’t be much left to say.”

Renee Paquette has a 90-day non-compete clause with WWE. She cannot work for another pro wrestling company for another few months, but you can never say never about her coming back to the business, especially since AEW is such an obvious opportunity.