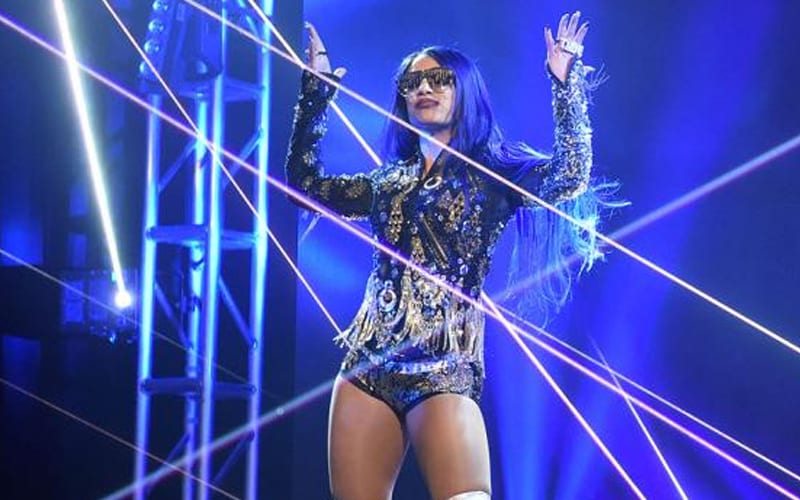 WWE held an all-female pay-per-view that broke new ground for the company, but another Evolution event hasn’t arrived yet. Fans were hopeful that they would bring back the idea this year, but it didn’t happen.

Ringside News exclusively reported that Evolution II was pitched backstage, but it didn’t get past that point. All the while, fans were still hanging onto the hope that WWE would book the show. Sasha Banks was hoping for it as well.

While speaking to Table Talk, Sasha Banks discussed Evolution II and she wondered why WWE hasn’t held the event yet. It sounds like she’s getting a bit tired of waiting.

“It was such a beautiful match for pay-per-view. Again, I never dreamed that would happen because you would never dream of women main-eventing anything. But for all those women coming together from the past, present, and future, it was such an inspiring and incredible pay-per-view that I’m like, ‘Where is number 2?! Where is Evolution 2?’ We’ve been waiting for it and I know the fans want it. I’m dying for it, because you also saw a lot of matches that you would never see before and I think that’s really awesome to see, especially as the women’s division keeps on growing.”

WWE might need to wait until they have a few more big female names back before throwing Evolution II. They don’t necessarily have to get Ronda Rousey back, but Charlotte Flair and Becky Lynch are two huge names that WWE presently doesn’t have around.

We’ll have to see if WWE books Evolution II, but it’s not happening this year. Maybe 2021 will be better for everyone all around.

Thanks to Wrestling Inc