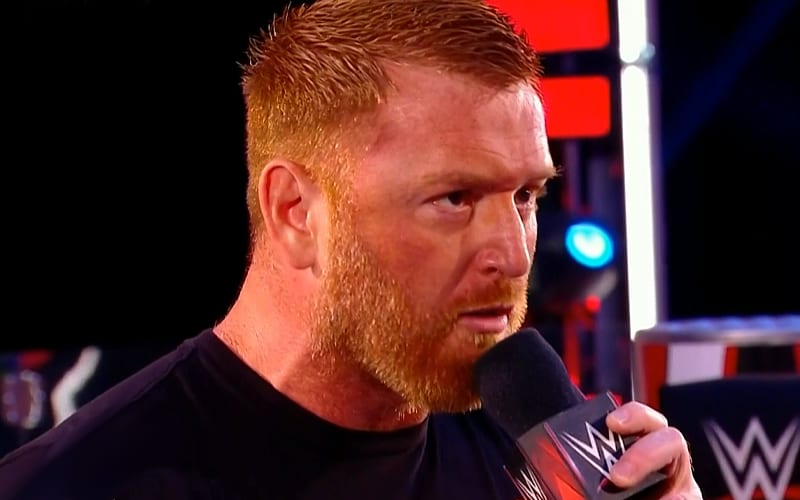 WWE released several Superstars on April 15th. Heath Slater’s 14-year ride with WWE came to an end that day, but he had one appearance left in him.

Slater showed up on RAW and had a segment with Drew McIntyre. Ringside News had the exclusive that the segment had been taped prior to airing.

While he spoke to TV Insider, Heath explained that he didn’t want to make that return. Drew McIntyre pressed for him to do it and he eventually agreed. Heath was then set on making WWE see that he could have been working those big angles the entire time.

That’s exactly what that was. McIntyre called me a month or so in advance. I told him I wasn’t going back, and I didn’t want it. Then literally two weeks before Slammiversary he pleaded with me to let him pitch working together. He was sure they would go for it. Then when he called me back and said they went for it I was like, what?! It was one of those things where Drew is one of my best friends inside and outside the ring.

We just clicked 12 years ago when we met. I’m in the ring with him and Dolph [Ziggler], who is a friend too. I thought to myself, “I’m going to hit a home run and speak from the heart and let you know how I feel.” Thankfully, it was one take and came off great. I wanted to prove to them that I could have been doing this the whole damn time if you gave me the opportunity. Now you give me the opportunity to come back one day to show what I can do, I’m going to spread my wings and fly to other companies and give them my talent.

Tons of fans loved having Heath Slater return to WWE for one night. He never came back and eventually found his way to Impact Wrestling as his storyline with that company started at Slammiversary.

Heath Slater was the only former member of 3MB who hadn’t been released by WWE and returned to become WWE Champion. Now that Heath is no longer with WWE we’ll have to see if he can complete the 3MB prophecy and become WWE Champion like Jinder Mahal and Drew McIntyre did.