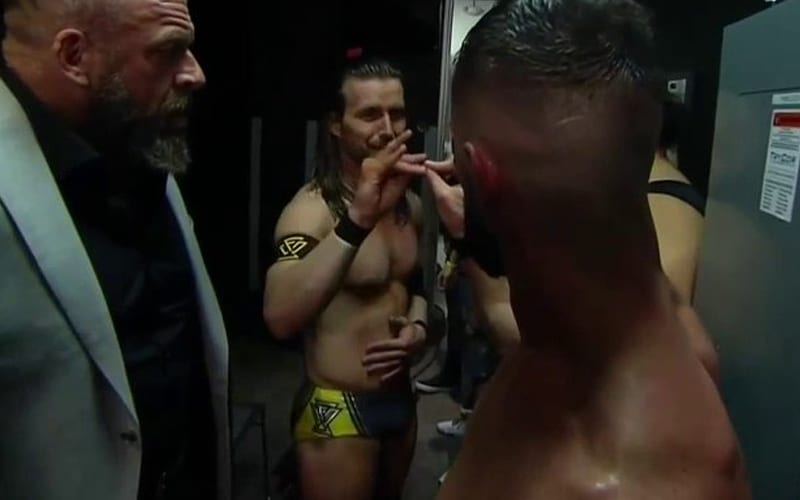 Few people have been quite as impactful in WWE over the last few years than AJ Styles.

Ever since he made his debut at the 2016 Royal Rumble, the former New Japan Pro Wrestling star has established himself as one of the most popular and successful performers of his generation.

Of course, he isn’t the only former Bullet Club member to make some noise in WWE, with Finn Balor and Adam Cole adding another great chapter to their story last night when they battled it out for the NXT Championship at Super Tuesday II.

Would you look at that?

We could easily be reading too much into this but fans have long since been asking for some kind of storyline involving Balor, Styles and even Cole, so maybe this is the beginning of that tease.

Then again, they could just be paying tribute to one of the most successful factions of the last ten years.