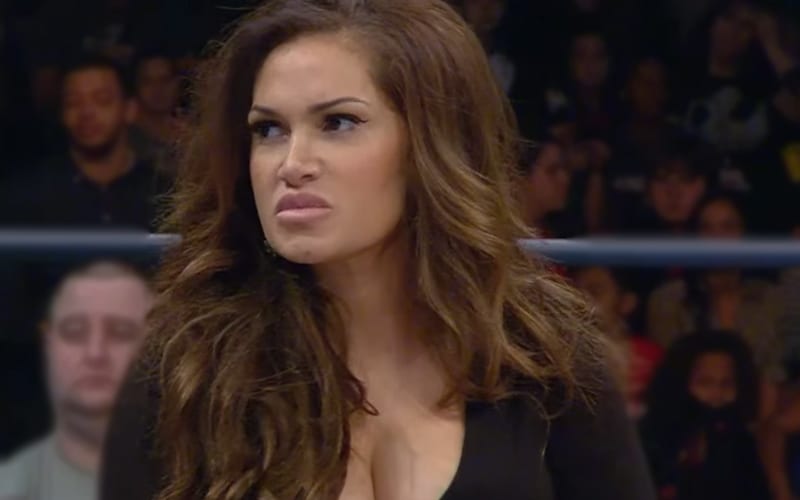 Reby Hardy was not happy at all to watch her husband Matt Hardy at All Out. He was knocked unconscious, but Hardy was allowed to continue the match.

Matt Hardy was driven home after spending some time in the hospital. He passed his CT scans and an MRI. It was determined that he did not suffer a concussion.

Reby Hardy replied to an article by Kayfabe News. This article poked fun at AEW’s decision to let this match carry on at All Out. The headline of the article was a bit outlandish, but that is what Kayfabe News is known for.

The headline of the article read: “Ringside Medic Clears Wrestler To Finish Match After Being Decapitated.” Reby Hardy definitely read this article as she replied with a couple of smiley face emojis.

Hardy also replied again with “STAHP” as she highlighted a portion of the article which read: “Witnesses close to the ring say Omega’s head shouted several times that it wanted to finish the match, at one point gargling ‘the show must go on.'”

Matt Hardy released a video message on Cameo to a fan yesterday. He was at home once again and remarked how great it was to be out of the hospital. Hopefully, he will have good news to report on Dynamite this week.