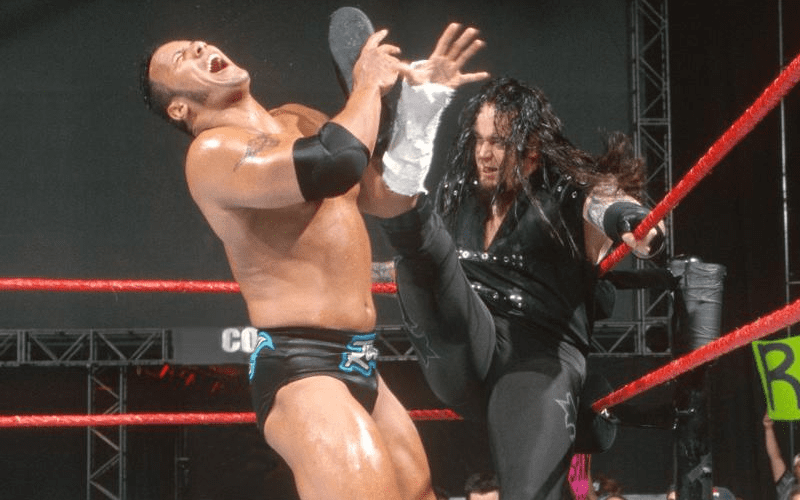 The Rock went to war with many Superstars during the core of the Attitude Era. Few names sum up that time in WWE like Dwayne Johnson and The Undertaker.

The Great One saw a clip online from one of his old matches. He was against the Dead Man, and they were having a blast in the ring. The memories obviously started pouring in for The Rock.

Dwayne Johnson sent out a thank you to The Undertaker for always having fun with him in the ring. He said that Taker is on his Mt Rushmore of pro wrestling as he explained how they always took care of the fans.

good Lord, this era in pro wrestling (Attitude Era) was the best. Thank you to my friend and the man who’s on my Mt Rushmore of wrestlers, The Undertaker, for always havin’ fun with me so we can take care of the fans.

The Undertaker is on Twitter now. His emergence on social media apparently killed a few fans’ childhoods. The Undertaker didn’t mean to do that, but The Rock could have still tagged him in this excellent post.