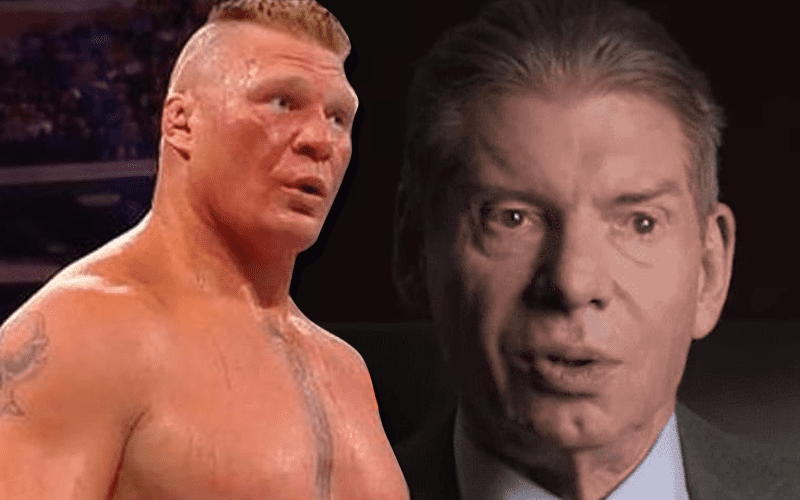 Kurt Angle and Brock Lesnar had plenty of time in the ring together, and they had one memorable WrestleMania match. Neither are with WWE any longer, and there is plenty of speculation about what Brock Lesnar will do next.

While speaking to Wrestling Inc, Kurt Angle discussed Brock Lesnar’s current situation. He said that something must have happened in order for WWE to yank all of merchandise off of their official shop.

It’s not likely that Lesnar will go to AEW, but Kurt Angle did say that Tony Khan might be able to change his mind for $10-$20 million.

“I don’t know. I don’t know what transpired. Something had to have happened because I heard they pulled all this merchandise off the shelves. So it’s not just Brock not having a contract and not knowing where he wants to go. The company, obviously, they’re not going to let him go. Brock’s pretty level headed. He doesn’t get in any trouble. So there’s no reason to fire the kid. He’s a tremendous athlete, a tremendous employee. So I think Brock just got tired of doing it.”

Brock Lesnar has plenty of money and doesn’t need to work again. This is something that WWE needs to keep in mind when working out a new contract. We’ll have to see what he decides to do next in his career but odds are he’ll drum up plenty of attention whenever he makes his first move.