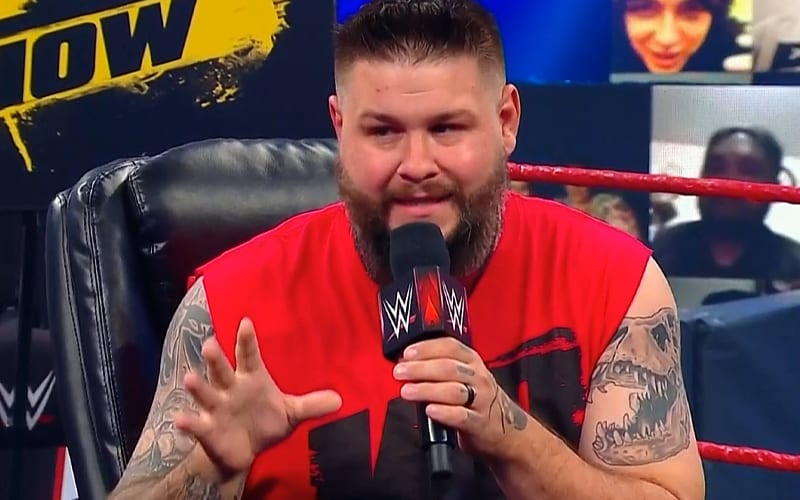 WWE RAW this week will featured the RAW Underground debut of Kevin Owens. Someone apparently gave him the wrong idea about things beforehand.

Click here to find out what happened behind the scenes at WWE RAW this week.

Kevin Owns is set to take on Aleister Black in RAW Underground this week. We’ll have to see how that match turns out for both involved. Kevin Owens tweeted out that he had the wrong idea about the segment. He is also confused why they call it RAW Underground if it’s on the ground level.

This is a bit misleading. I was just told I don’t have to take stairs or an elevator to get down there so it’s not really “underground” but yes, I will be meeting the Vivacious Vampire in the ring without ropes tonight and knocking the eyepatch off of his lightly tattooed face!

Aleister Black turned heel as he attacked Kevin Owens a few weeks ago. Now they will battle in Shane McMahon’s special weekly segment.

Click here for a full run-down of what they have booked for RAW this week.