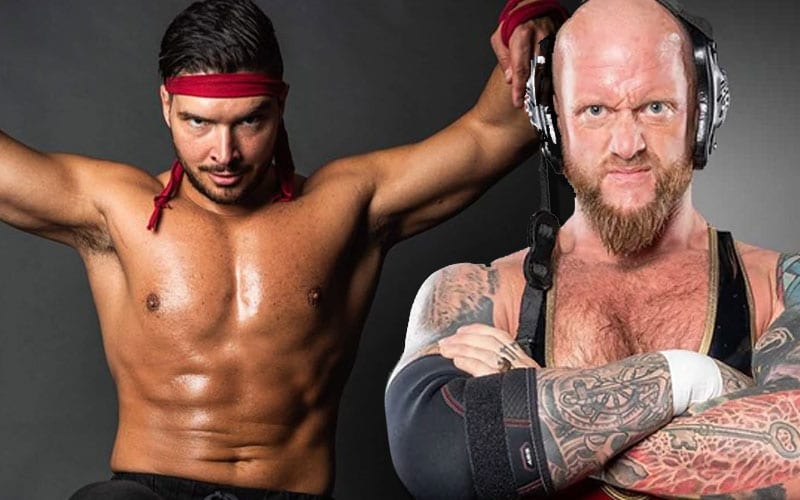 Ethan Page is more than just a master of thirst trap photos. He is also the Karate Man. Page is 1/2 of The North with Josh Alexander and some fans want to see what the two can do while on opposite sides of the ring.

One fan suggested that Karate Man vs The Walking Weapon needs to happen, and they suggested that Josh Barnett’s Bloodsport would be the perfect location. That tweet picked up and a few fans agreed with this idea.

Barnett saw enough notifications begging for Karate Man vs Josh Alexander. Then he had to put his foot down.

Just so others don’t bother: Bloodsport is not a joke. It’s not a tongue in cheek, irony laden gimmick. There’s enough of that in pro wrestling to go around already if that’s the itch you need scratched.

Don’t waste my or your time with things like this.

Bloodspot is a very unique pro wrestling experience, but it’s not a place for “cheek, irony laden gimmicks.” Wrestlers get in the ring for a worked shoot and those fans love the intense action.

Odds are Karate Man vs the Walking Weapon would put butts in the seats. Those seats aren’t going to be at one of Josh Barnett’s Bloodsport shows.