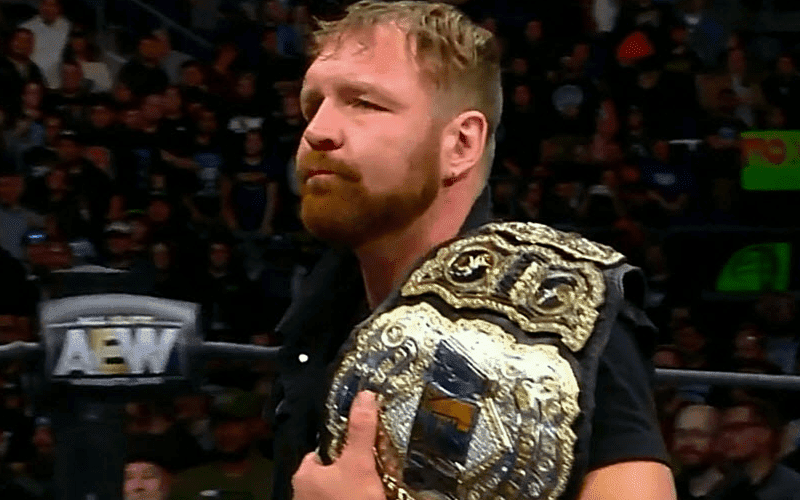 Jon Moxley is still AEW World Champion after All Out. That match against MJF took a lot out of him, but he will live to fight another day as champion. Moxley also realizes that there will come a time when he doesn’t have that title anymore.

Click here to watch Moxley’s great speech to the crowd after All Out.

Following the All Out pay-per-view and that promo in the ring, Jon Moxley sat down for a media conference. He was asked about forming a possible tag team in AEW, and Moxley admitted that he’s given that some thought already.

“I often thought about that, because eventually, you clear out everybody [in the] division, so to speak. And eventually, you’re going to get knocked off the throne, so to speak. Once I was starting like, ‘OK, put off the singles run.’ I will definitely be interested in doing a tag team run sometime down the line, in the future, because I really love tag team wrestling.”

“We had a match the other night with me and Darby Allin against Cage and Starks, and I haven’t had a tag match in like – I think I only had one other tag match in AEW. So, together we’re talking about it, and I was getting excited, ‘Oh man! I haven’t been in a tag match in awhile. This is fun. I love putting together tag matches’ because it’s double the guys you work with and double the tours to create things, so it’s fun.”

We’ll have to see what’s next for Jon Moxley in AEW. He later joked about forming a Shield/Wyatt super team with Brodie Lee. It sounds like he’s got plenty of ideas going right now.

Jon Moxley and AEW still have a long time to go. It is possible that Moxley’s character will see even more depth and history added to it as he continues to evolve.