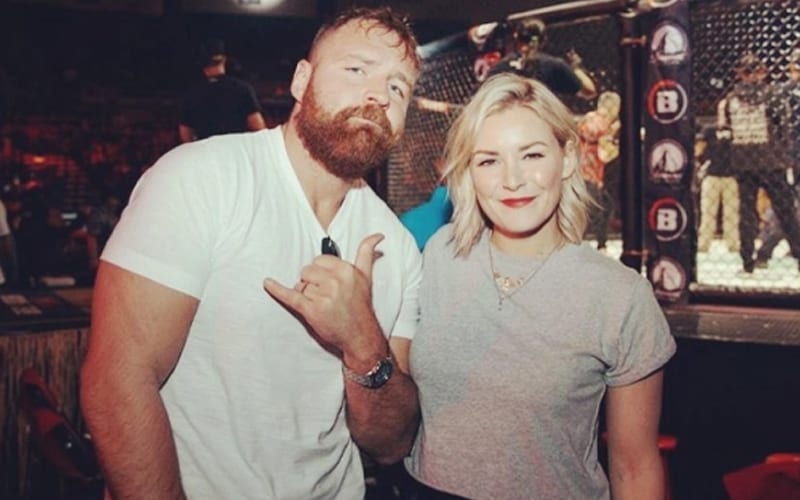 Renee Young left WWE and now she is no longer under contract with a pro wrestling company. She is still technically working for Fox Sports, but she has yet to receive a new gig following the cancellation of WWE Backstage. She was at All Out last night, but she didn’t appear on camera.

During a media teleconference following All Out, Jon Moxley was asked about his wife Renee Paquette. He said she was backstage and in the audience for the show. She is also a “jack of all trades,” and she has interests outside of pro wrestling. Don’t expect to see Renee at ringside while Moxley is in a bloody war, but she could pop in and do some hosting spot once her “extensive non-compete clause” is up.

“I don’t think she wants to be anywhere near my corner. She doesn’t really like blood and sh*t. The thing about that is she has an extensive non-compete clause about going to another wrestling company. It’s definitely not out of the realm of possibility for her, since she’s a jack of all trades, to maybe pop in and do something. Maybe a presenter, a host or something. She was backstage tonight and sitting in the crowd, so she’s around. If it wasn’t for that non-compete, she could have popped on camera tonight if she wanted to.”

Renee Young does have a lot of potential to be that “sugar mama” that Jon Moxley is looking for. We’ll have to see what kind of contract she signs first. It will be a while before she can speak with a pro wrestling company, but that doesn’t seem to be her immediate goal.