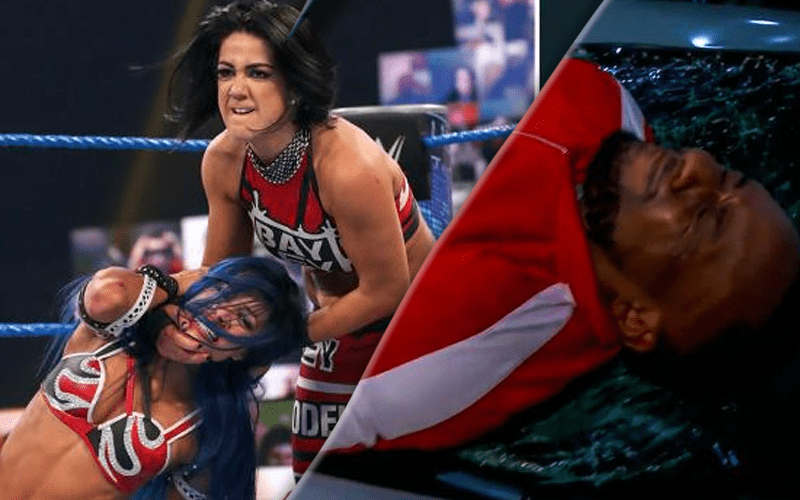 Sasha Banks and Bayley broke up on SmackDown this week, and Bayley got the best of the exchange by far. After the SmackDown Women’s Champion beat The Boss around the ring she was left a broken mess.

WWE has an update on Banks’ condition. She was taken to a local medical facility following Bayley’s attack. No further update was given.

Big E also took a White Noise drop onto the windshield of a car thanks to Sheamus. It is reported that Big E is undergoing tests to see how bad the result of the attack really was. He suffered lacerations, but the tests haven’t determined any further information.