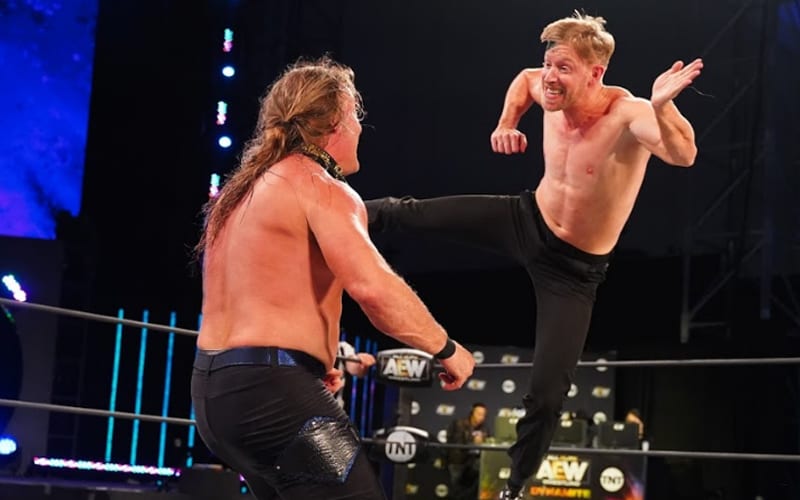 AEW All Out is tonight. We will have full coverage of the event right here at Ringside News. Chris Jericho and Orange Cassidy will have their rubber match inside Daily’s Place, and the Mimosa Mayhem Match could be a wild affair.

Don’t expect Mike Tyson to show up at All Out. Then again, you never know what Tony Khan can arrange with his private plane. He was able to get Jericho to All In and then back in time for a Fozzy concert.

During Wrestling Observer Radio, Dave Meltzer discussed AEW’s plans for All Out. He noted that they almost booked Jericho and Cassidy in a last man standing match when plans for Mike Tyson didn’t work out.

AEW had to move some things around, but they were also able to figure out a gimmick to put on Hardy and Guevara’s pay-per-view confrontation that will hopefully give them the ability to move on while both looking strong in the process.