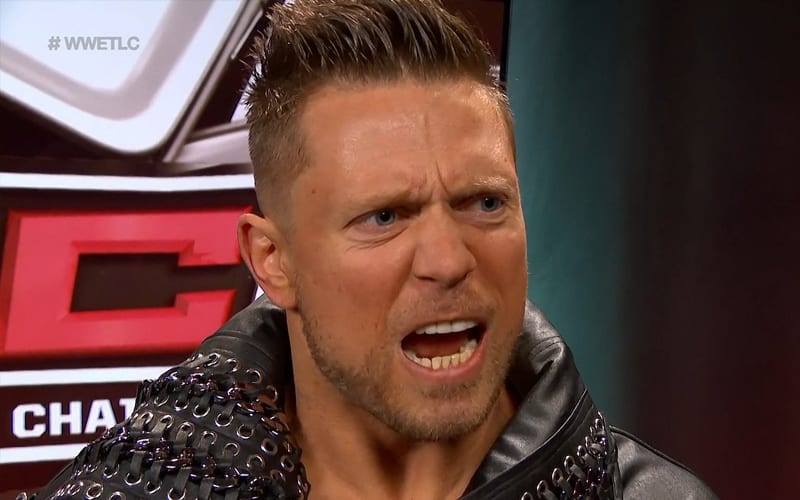 Roman Reigns’ return to WWE brought a lot of attention, and plenty of WWE Superstars are now waiting in line to face The Big Dog. The new Universal Champion will have a chance to speak his mind this week on SmackDown and a new #1 contender will be crowned.

The Miz is not in the fatal 4-way match to determine a new #1 contender. Instead, King Corbin, Sheamus, Matt Riddle, and Big E are in that spotlight contest.

While speaking to Hot 97, The Miz was asked about Roman Reigns. The A-Lister said that if he wants to stand a chance of beating The Big Dog he needs to get serious about it. If The Miz can achieve the level of serious focus he desires then he believes that he will be able to dethrone Roman Reigns.

“I’ve been asked that question quite a bit. It’s very easy now that Roman is back because Roman Reigns is the poster child, whether people like to believe it or not. Whether you love him or hate him, he is the poster for WWE.  He is what John Cena was.  He is what Hulk Hogan was. He is that guy. If you don’t believe me, look at every poster.  He is front and center. Why is he front and center? Because he has the “It Factor” whether you love him or you hate him, he has it. If you didn’t like Roman Reigns when people liked him, now he has Paul Heyman in his pocket.  He is the most dangerous, most lethal superstar in all of WWE.”

“If I want to even have a chance to dethrone him from being that poster child, I need to take advice that I gave Big E on Talking Smack these past few weeks. I need to stop being so entertaining and stop worrying about making people laugh and start getting serious on where I want to go with WWE and my career.  I’m looking at Roman Reigns and I’m seeing that and I’m going alright, WrestleMania is in my backyard in L.A. this coming year. I need to step up my game and I need to step up more than I ever stepped it up before especially with Paul Heyman in his pocket because imagine the promos between myself and Paul Heyman. Imagine the matches when I get serious and really hone in and lock in and really get in there.  There is no doubt in my mind that I can take Roman Reigns at that, that is the character that everybody should be aiming for and should be going for because he is the guy and he is at his peak right now.  If you can beat him at his peak, there’s nothing stopping you”

You never know what can happen in WWE. The Miz likely had no earthly idea that Roman Reigns was coming back. WWE kept Reigns’ return a huge secret inside the ThunderDome.

We’ll have to see if The Miz can get himself back to a main event spot. He certainly seems to have those aspirations to reach the pinnacle in WWE once again.