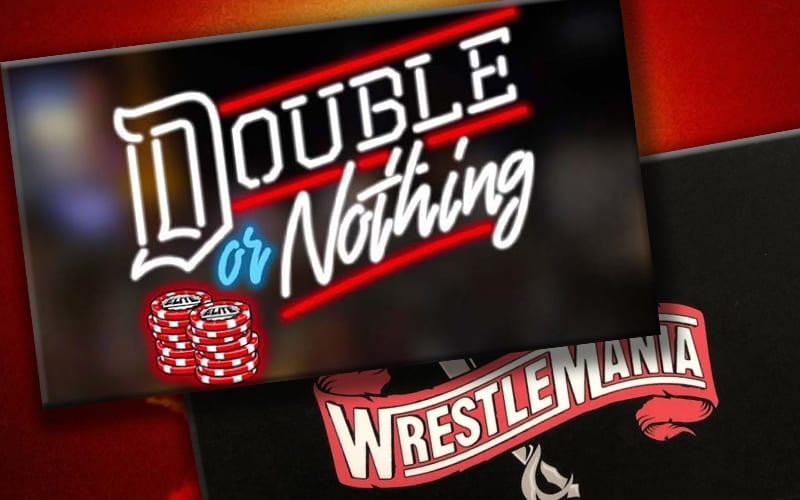 AEW had the luxury of holding Double Or Nothing in Daily’s Place, a 5,500 seat amphitheater. They couldn’t have any live fans present, but Tony Khan feels that they still blew WWE’s biggest show out of the water.

During a teleconference to hype All Out, Tony Khan discussed AEW’s last pay-per-view event during the pandemic era. He is very confident that AEW did better than WWE’s biggest show of the year. In fact, he feels as though Double Or Nothing “kicked the crap” out of WrestleMania as Cassidy Haynes reported.

Tony Khan says that he feels that Double Or Nothing kicked the crap out of WrestleMania.

WWE held WrestleMania without anyone in the Performance Center arena. Many fans said it felt empty and Drew McIntyre’s big WWE Title win seemed to happen in a vacant cave. AEW had wrestlers around the ring shouting at the action in front of them. This defintiely played to All Elite Wrestling’s advantage.

How do you feel about the two pay-per-view events? Did AEW kick the crap out of WrestleMania? Sound off in the comments below!!