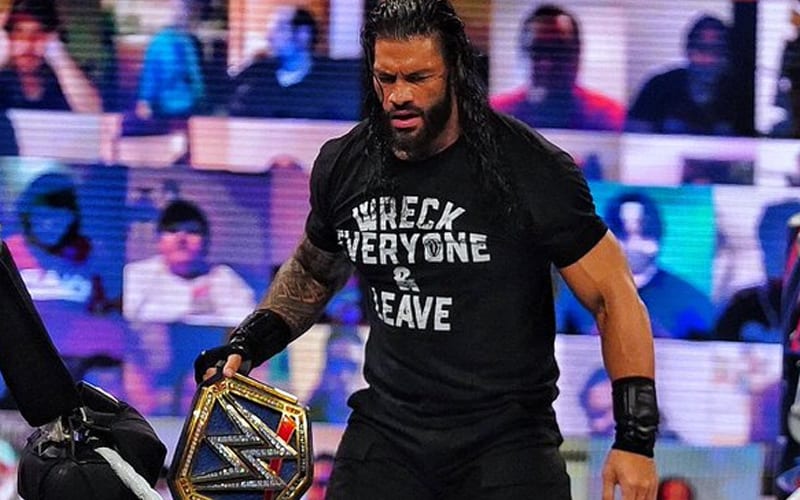 Roman Reigns returned to WWE, and he did so as a heel. This was something that fans begged for, and it finally happened with the help of Paul Heyman.

The Big Dog had heat with fans even before his recent return. Now fans can boo him for real in the ThunderDome, and it is approved by WWE.

Reigns recently fired back at a fan who said that WWE is shoving The Big Dog down people’s throats. You can click here to read all about that backlash. The Iron Sheik is no stranger to getting heat. He replied with one of his trademark all-caps tweets to let Roman know he’s doing good.

Roman Reigns is the Universal Champion once again. He finally has the title that he never really lost as he needed to relinquish it after revealing his leukemia had come back. Hopefully, Reigns can go the remainder of his WWE career without that awful cancer returning, but he’ll still likely have plenty of heat with fans.