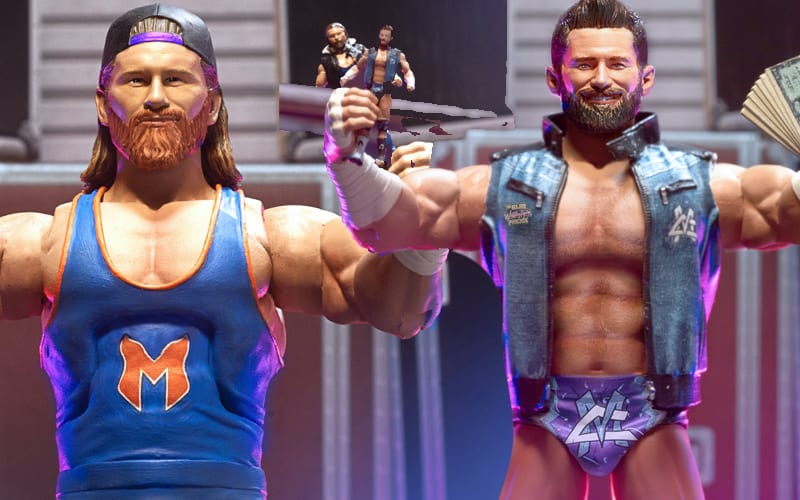 That might sound a bit confusing, but it’s very simple. Cardona and Meyers have new action figures for preorder through Super 7 Store, and those new figures have miniature action figures for those full-sized figures to hold. It’s quite a novel concept and perfect for the Major Bros.

Unfortunately, the figures don’t come with even smaller figures for the miniature action figures to hold. That could keep going on forever. The new figures do include three faces, multiple hands, and plenty of accessories.

Matt Cardona appears on AEW television now, but he commented on Dynamite that he doesn’t even work there. He’s only under a five appearance deal right now. Brian Meyers is now with Impact Wrestling and showing a new aggressive side of himself.

These new figures mark the first instance of anyone out of April 15th WWE releases receiving their own figures. It makes perfect sense that these two would be the ones to get that done.