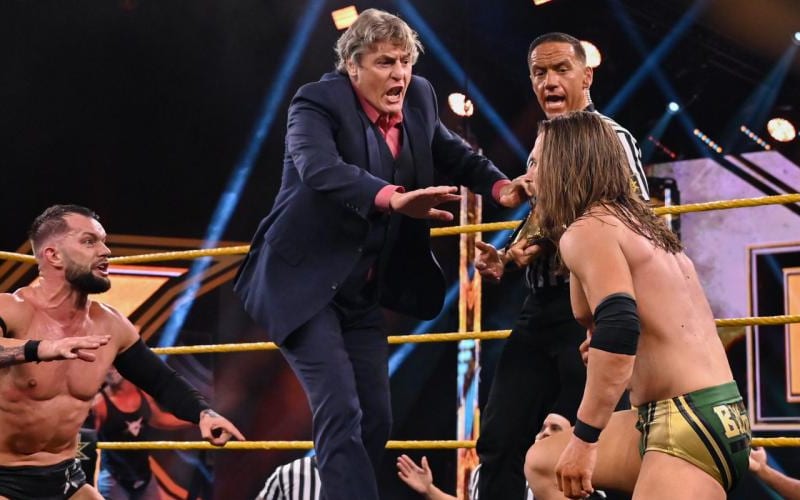 WWE presented a special Super Tuesday episode of their NXT show this week. The main event was a fatal 4-way iron man match where Finn Balor, Adam Cole, Johnny Gargano, and Tommaso Ciampa fought hard and nobody left as a champion. Needless to say, fans were not happy about it.

During Wrestling Observer Live, Bryan Alvarez noted that the four Superstars in that match found out a day ahead of time that they would be wrestling for an hour. The match ended with a tie between Adam Cole and Finn Balor. Fans weren’t happy about that, and the Superstars knew it going into that hard match.

“They showed up on Tuesday thinking that they’re just taping a couple of days of television and all of a sudden they find out that tomorrow, not next week, not at the next TakeOver — tomorrow you guys are gonna wrestle non-stop for an hour in front of nothing but the Performance Center students — I’LL BET THEY WERE THRILLED. They did it. They did it, they went in there and they worked their asses off […] every single one of them knew, ‘man, we’re gonna work our asses off for a match that people are going to be really mad about afterwards.’ That’s what these four guys went into the ring knowing is that ‘the fans are gonna be really mad after we busted our asses for an hour.'”

It’s not the Superstars’ fault what the finish of that 4-way match was. This was something they had to work with. Each one of those men gave it their all in that 4-way match, even if the fans weren’t happy about the result.

Now Finn Balor and Adam Cole will battle in a singles match on NXT next week. Hopefully, one of the two will become new NXT Champion.