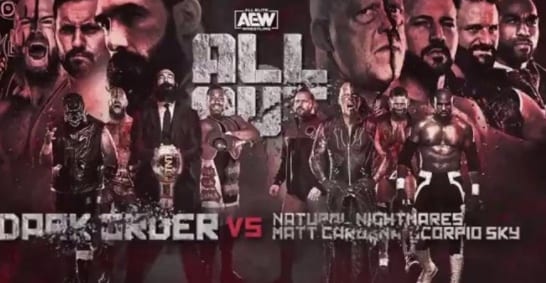 As seen on Sky Bet, the betting odds for The Dark Order vs Scorpio Sky, Matt Cardona & The Natural Nightmares have been released.

Ever since Mr. Brodie Lee won the TNT Championship, Dark Order’s stock has gone up massively in All Elite Wrestling.

They appear to be expanding with each and every passing day, and it doesn’t appear as if they’re going to slow down anytime soon.

In terms of the odds, Dark Order are the runaway favorites to win the match at 1/6. Sky, Cardona & the Nightmares are pretty distant underdogs at 7/2.

Lee took some time to really get going in AEW but now that he’s got the TNT Championship over his shoulder, the sky truly is the limit for this faction.