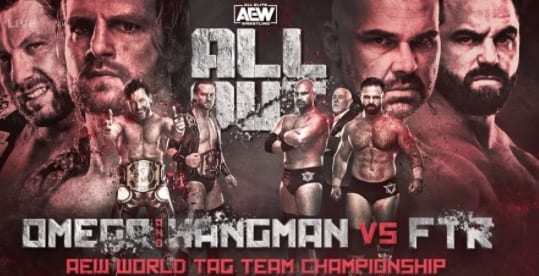 As seen on Sky Bet, the betting odds for Adam Page & Kenny Omega vs FTR at AEW All Out have been released.

Page and Omega have been far more of a success as a team than most fans could’ve imagined, but they face arguably their greatest challenge yet as we gear up for All Out.

FTR are really starting to build some momentum for themselves in All Elite Wrestling, and many fans believe now is their time to shine at the top of the tag team division.

In terms of the odds, it’s clear to see that bookmakers are expecting a title change with FTR being the clear 2/7 favorites. Omega and Page, on the other hand, are 5/2 underdogs to retain the belts.

Page and Omega are capable of thriving as singles stars, and with the tag division being so unbelievably stacked, FTR wouldn’t be short of challengers if they do become champions.