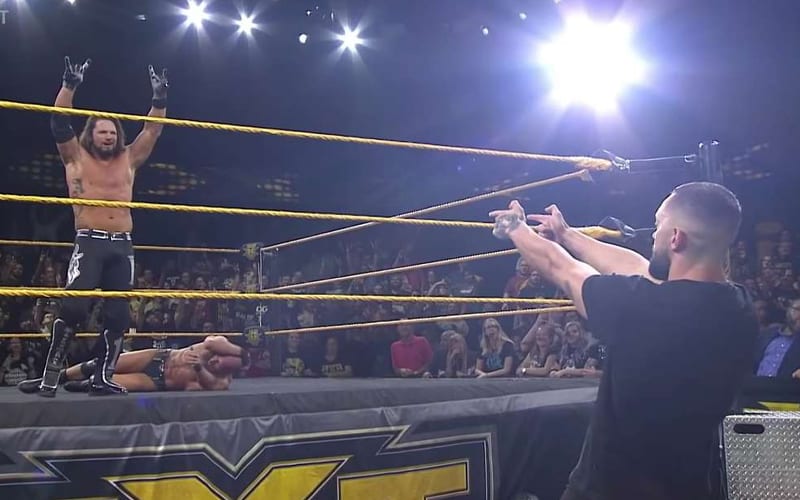 AJ Styles recently stated that he would be willing to go to NXT if that meant he could team with Finn Balor. It turns out that the first-ever Universal Champion is ready for a Phenomenal partner.

CBS Sports recently spoke to Finn Balor and he was asked about what AJ Styles said. Balor is more than ready to team with AJ Styles. That is an opportunity that they haven’t been able to take advantage of no matter how many times they passed each other throughout their pro wrestling journeys.

“Obviously, me and AJ have kind of a storied history,” Balor told CBS Sports. “We’ve always kind of crossed paths but never really interacted too much. When I went to Japan, he was in TNA. When I came to the U.S., he went to Japan. When I came to Raw, he went to SmackDown. So, we’ve always kind of missed each other outside of that one match we had, and that was sprung on us at the last minute. But we’ve got very similar paths and a lot of mutual friends. He’s someone I would love to not only tag with but be in the ring in some capacity. Whether it’s standing across the ring from him one-on-one or if it’s standing side-by-side, I think we would make a great tag team. Whether it’s in NXT, Raw or SmackDown, I would love to be in there with AJ.”

We’ll have to see what happens next. AJ Styles and Finn Balor both seem to be on their own career paths. You can never say never in WWE, especially when they have such a guaranteed money idea like a team of Balor and Styles.