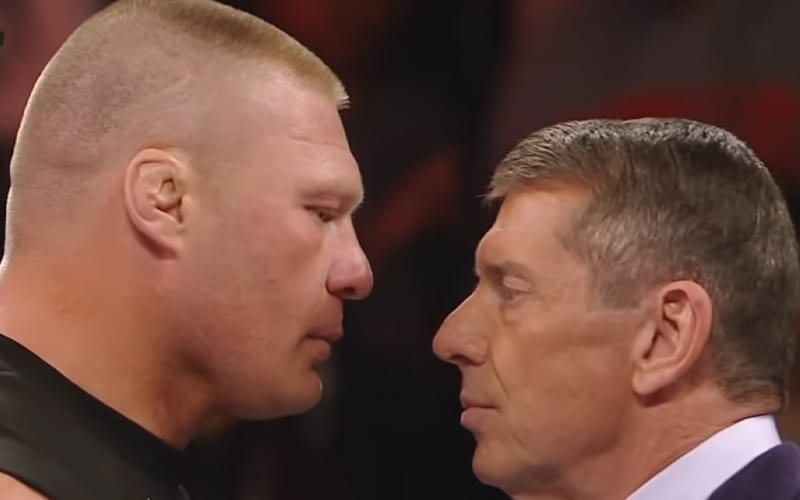 WWE had to change a lot about how they do business when the COVID-19 pandemic caused them to wipe away all large-scale events. A name like Brock Lesnar is perfect for selling tickets to the kind of events that WWE can no longer hold.

Dave Meltzer noted on F4W Online that WWE is in no hurry to sign Brock Lesnar to a new deal. Right now the company has no large scale events that would warrant his price tag.

Lesnar usually takes his time re-signing with the company. WWE, however, is in no hurry as they do not currently have anything for him until they are able to do larger-scale shows.

Brock Lesnar is now a free agent and able to talk with whoever he likes. That includes UFC, AEW, and anywhere else he likes. That doesn’t mean they’ll match his asking price.

This isn’t the first time that Lesnar and WWE separated while in the midst of a contract negotiation. It could be the start of a much longer time away from WWE for Lesnar this time around.