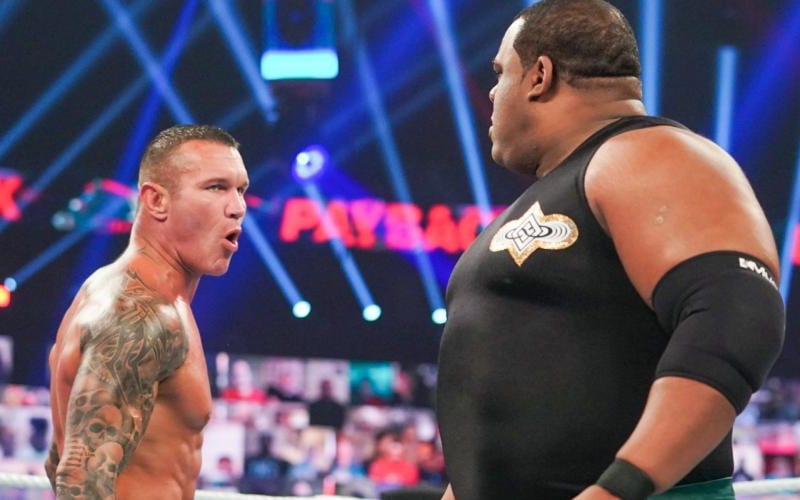 Randy Orton lost to Keith Lee at Payback, and that set Lee in motion for a massive push. Vince McMahon reportedly wants to push Keith Lee “to the moon,” and The Viper was happy to help.

Orton is an absolute locker room leader in WWE. We invite you to click here and read all about his change in demeanor and what kind of impression he’s making backstage.

WWE Stats posted a very interesting piece of information following Orton’s Payback loss to Keith Lee. Not only is Randy Orton 0-4 at previous Payback pay-per-views, but he is also 14-5 against former NXT Champions. That puts Keith Lee in a pretty rare category.

[email protected] is 14-5 in previous 1-on-1 matches with former @WWENXT Champions. He is also is 0-4 in previous matches at the #WWEPayback PPV.

@RandyOrton has lost 2 PPV matches in a single month only twice in his @WWE career. The first was in 2007; to @TripleH at No Mercy and to @ShawnMichaels at @WWE Cyber Sunday. The second was in 2020; to @DMcIntyreWWE at SummerSlam and to @RealKeithLee at #WWEPayback

We’ll have to see if Randy Orton and Keith Lee meet again. Orton seems destined to battle Drew McIntyre, so the WWE Title could very well be in play if and when Lee vs Orton is featured on another WWE card.