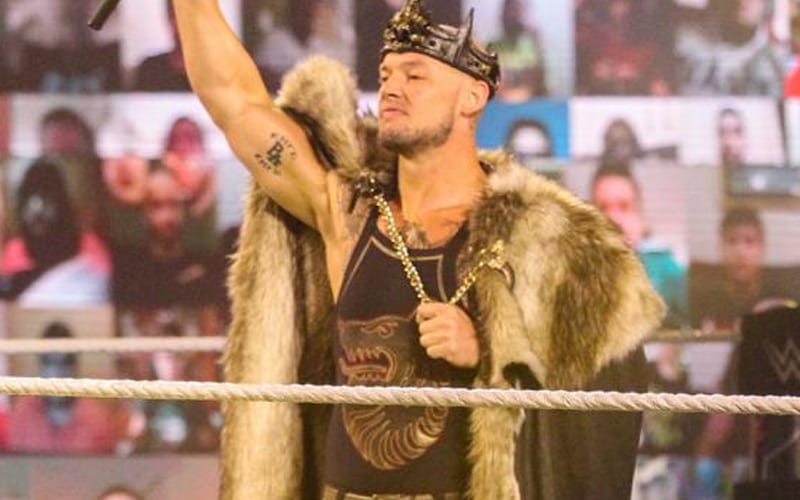 Matt Riddle defeated King Corbin at Payback. The build for that match featured Corbin bringing Riddle’s real-life personal problems into the situation. Some fans got pretty heated about that.

Vince McMahon is rumored to have inserted this mention of Riddle’s allegations for personal reasons. You can click here to read all about that.

One fan wrote in reply to Corbin’s prematch hype before Payback saying: “Riddle won the match so your the loser. By the way I think your wife is a skank.” He didn’t like seeing someone call his wife a skank at all, so Corbin devised a reply.

The reigning WWE King Of The Ring tweeted back to this fan, but he didn’t use any words. Instead of saying anything to this woman who apparently hates him, he simply posted an unflattering blown-up image of her face.

WWE Superstar are real people, and most of them operate their own Twitter accounts. King Corbin might be royalty, but he is still the man behind his social media accounts. This just further proves that.