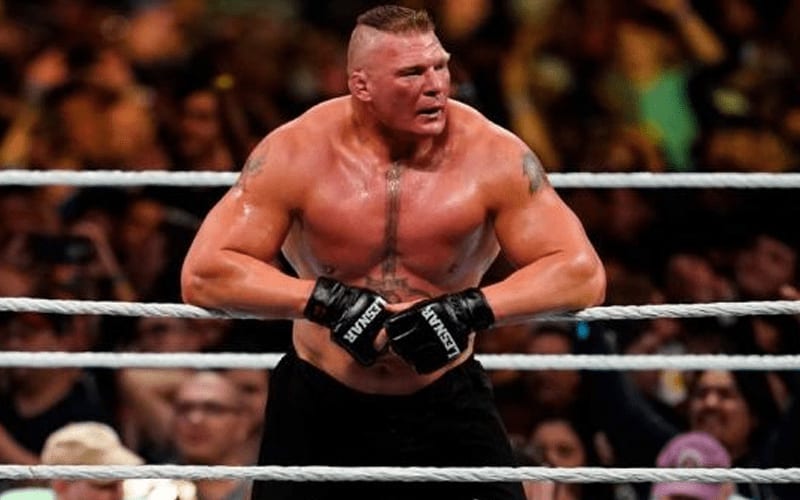 Brock Lesnar’s WWE contract expired. Now he is a free agent. This could be a big box office draw for another company that wants to acquire his services. Or, he might just be playing hardball.

According to Wrestle Votes, Brock Lesnar will be back when he gets an offer he can’t refuse. When Brock Lesnar is ready to work again, he will because he’s Brock Lesnar and he does what he wants.

The reports of Brock Lesnar being a free agent are true. In talking with a source, the belief is that once Lesnar is ready to work again, he’ll let McMahon know. Or vice versa, if WWE needs Brock, they will present a deal he can’t refuse. Currently, it’s nothing more than that.

Brock Lesnar was able to pull strings to go back and forth from Canada for RAW and WrestleMania appearances. The travel ban doesn’t affect him, plus there is also an exception for athletes. The COVID-19 travel ban isn’t to blame for this situation.

Lesnar will likely be back in WWE once Vince McMahon makes him a large enough offer. He is also free to see what other places might offer him for his services as well.