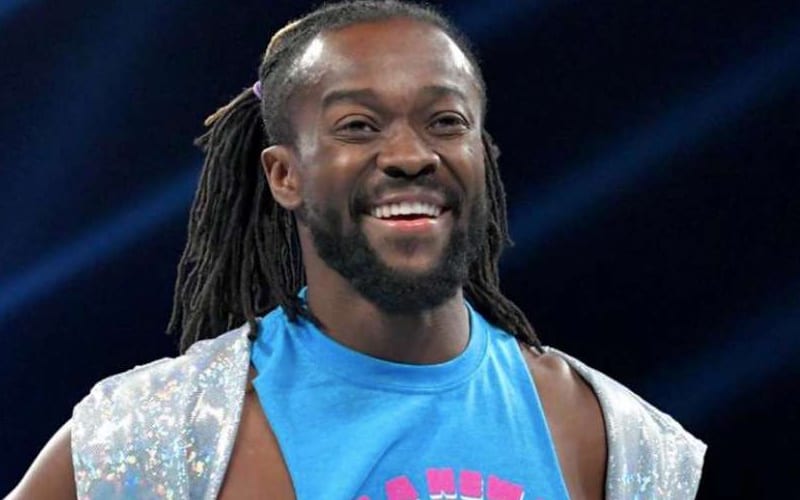 Kofi Kingston took some time off from WWE. This gave Big E a chance to have a run on his own. Xavier Woods has been out of action for almost a year at this point. Kofi won’t be out that long at all, but he’s getting back into the swing of things at home.

While speaking to WWE The Bump, Kofi Kingston addressed his WWE absence. Kofi said he’ll be back when the time is right. At the current moment he is enjoying his time at home and watching Big E do his thing from home.

“I’m feeling pretty good, to be honest. You know, I’ve been working on my home gym, and it’s allowed me to kind of gradually get back in the swing of things. I’m trying not to push too hard, number one because I don’t want to suffer a setback, you know, and be out for even longer. And number two, I’m spending a lot of quantity and quality time with my family, so I’m just trying to enjoy that. And when the time is right, I’ll be back. And right now Big E’s holding it down, you know what I’m saying? So it’s all good and it’s an awesome thing to see him kind of doing his own thing and thriving at that. So yeah, it’s all about just taking my time in terms of getting back.”

“I’m at the age now where I’m a lot smarter with my body, so in terms of just coming back and just trying to rush back and get in there, it probably wouldn’t be the best option.”

We’ll have to see what’s next for Kofi Kingston. Right now he’s enjoying this break at home after working consistently for so long.

Xavier Woods could be getting ready for his return to the ring as well. He’s keeping quiet about his progress, but Woods’ Achilles injury is coming along well.