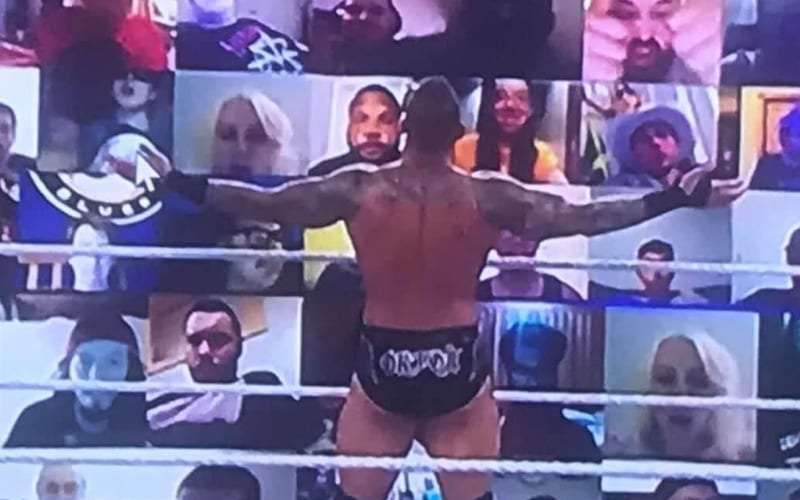 WWE made it very clear that they don’t want anyone promoting any other brands on their ThunderDome. This especially applies to AEW merchandise. One fan wanted to test that during Payback.

During Randy Orton and Keith Lee’s match at Payback, one fan held up a “Being The Elite foam finger. This was displayed during a key moment in the match as Orton posed for the ThunderDome crowd.

WWE ThunderDome has seen much worse show up on their screens in the past. One “fan” wore a KKK outfit while another displayed an execution. Chris Benoit was shown on a screen during SummerSlam. Kenny Omega popped in at one point as well, and that really was The Cleaner.

You can check out the images below to see this fan of The Elite who made it into the ThunderDome.