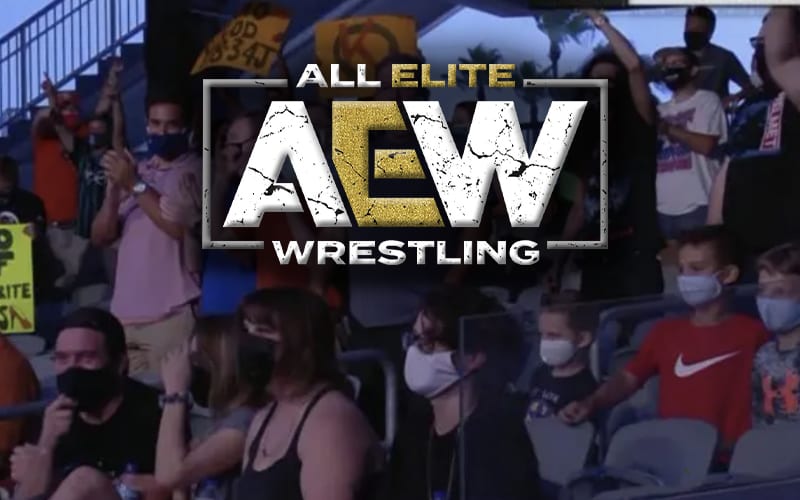 Fans who buy a ticket for AEW Dynamite tapings are going to get more than their money’s worth. The company reportedly plans to begin taping multiple episodes in a single night.

AEW only taped one episode of Dynamite for their live fans this week, and they only have one show until All Out next week. After that, Dave Meltzer said on Wrestling Observer Radio that the company plans to alternate between live and taped episodes of Dynamite.

“Just because of the schedule works for the next couple of weeks they’re going to do every week. They’re going to do Wednesday this week. They’ll probably do Dark on Thursday, but that won’t be with paid attendance. They’ve got paid attendance Saturday night with the pay-per-view and they come back Wednesday with another show. I think they’re doing two weeks that Wednesday and that’s when they’ll start every other week again.”

AEW taping multiple episodes in a single night does give chances for spoilers. The last set of “complete leaked spoilers” contained a lot of inaccuracies, but it nailed Thunder Rosa challenging Hikaru Shida for the AEW Women’s World Title at All Out. That would have been impossible to otherwise guess.

Tony Khan’s Elite company will continue on through the pandemic. The addition of live fans to the mix will be a great aspect for their show, but the company can always film segments and entire matches without fans present for a big surprise.