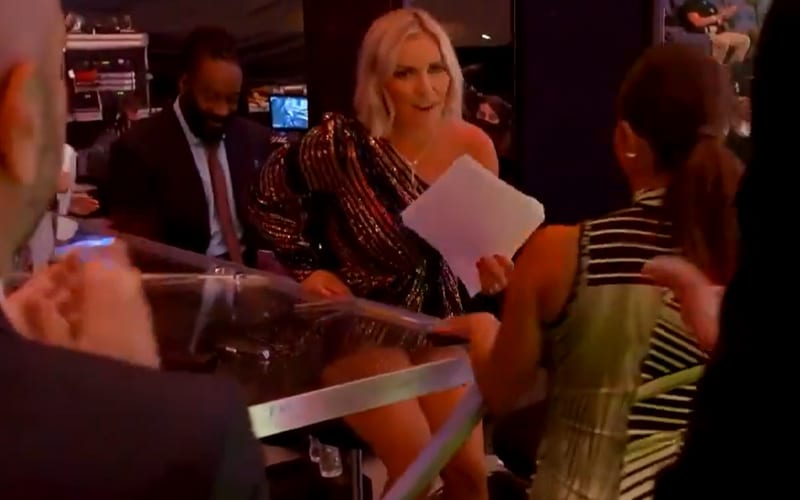 WWE bid farewell to Renee Young. Her last night was at SummerSlam, and her social media mentions has been full of well wishes since then. WWE has now dropped one of their quality video packages for their former commentator’s final day at work.

Renee Young appeared on WWE The Bump after her last date with the company. She watched a video package where plenty of her coworkers bid her farewell. It made her cry, but this was a bittersweet moment for her.

Renee is now Renee Paquette once again. She cleaned her social media of her former WWE name. Now she is set to take on her next challenge. Paquette might be unemployed, but she tweeted out a very optimistic viewpoint of her situation.

After she watched the video that WWE produced for her, the former RAW announcer tweeted back an animated gif of Harry Potter waving goodbye. We’ll have to see where Renee Paquette ends up next, but her fans will likely follow her where ever she goes.