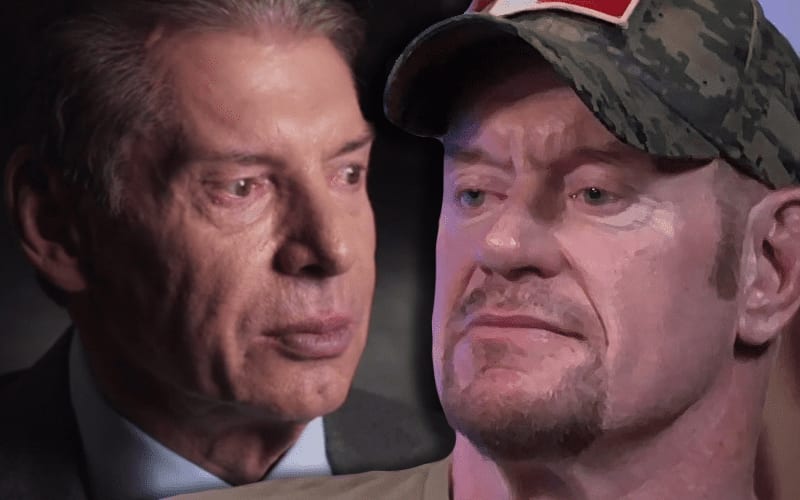 The Undertaker is a legend in pro wrestling and his image has transcended into pop culture. It turns out that Vince McMahon almost didn’t give him a second lool.

During Something To Wrestle, Bruce Prichard shared a very interesting story about The Undertaker’s first meeting with McMahon. The meeting didn’t happen because Vince McMahon apparently took one look at the future Dead Man and said that he’s just another tall basketball player.

“‘Taker had a dislocated hip, but he worked the match anyway because the next day he was supposed to meet with Vince. That didn’t happen and it didn’t happen because Vince looked at The Undertaker and thought, ‘ah, he’s just another tall basketball player with red hair, I don’t see anything special in him.’

“First of all, he’s working with Luger. So, come on, that’s like working with a broomstick that doesn’t have any bristles and is nailed to the floor. That meeting was canceled and I begged Vince to please meet with Mark Calaway because they were in a show in the [New Jersey-based] Meadowlands, I believe, and I offered to get The Undertaker there. I said, ‘look, I’ll get this guy there, just meet him.’ I didn’t know him. I mean, I didn’t know him from Adam. But I’d spoken to Mark and I was a big fan of Mark’s work, plus in my head, I had an idea as to what to do with him. So I had an idea, and that was the talent, in my head, that could pull off that idea.”

The Undertaker might look like he can play basketball, but he also had incredible ability in the ring. Thankfully, Vince McMahon decided to have a meeting with the Undertaker so he could realize that there was more to him than just another tall guy with red hair.