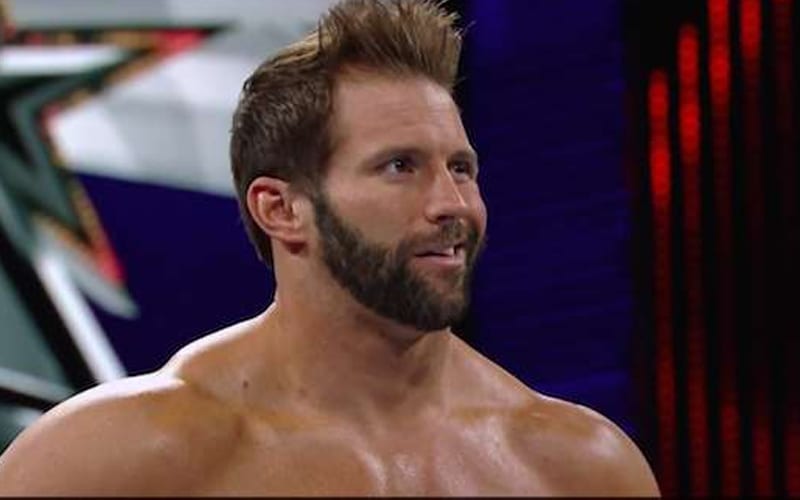 There was a time when Zack Ryder wasn’t on television, but his fans continued buying his merchandise in spite of that. In 2012, he became the United States Champion, but then things slipped away from him rather quickly.

It’s easy to blame others when something doesn’t go your way. That is not what Matt Cardona is doing. When asked by Wrestling Inc if he blames Vince McMahon for his lost push, Cardona stated that he only has himself to blame.

There were times when Zack Ryder could have knocked on Vince McMahon’s office door to see if there was anything that could be done to fix things. He didn’t do that and continued as he was told which wasn’t the best thing for his character when everything was said and done.

“Here’s the thing, who knows, right? People speculated at times, even I speculated, but there’s no proof of that. At the end of the day, I was given an opportunity. I was put on TV because for the longest time, I was doing the YouTube show, selling all this merch without getting the opportunity, and then I was given the opportunity. So I was on TV. I got what I asked for.

“I won the U.S. Title, and then things didn’t exactly go my way. You know what, I could have knocked on somebody’s door and asked, ‘hey what’s going on here?’ But I didn’t do that. So I blame me. I don’t blame anyone else for what happened in 2012. I don’t live in the past and say what if. I try not to be bitter because what’s that going to do? It’s not going to change anything. You’re not going to be happier.

“I think everyone’s guilty of doing the bitter tweet, the angry tweet every once in a while. Of course, I am, but at the end of the day, what’s the point right? It’s not gonna get anything done. It’s not gonna change anything, and you’re not going to be happy. So who cares?”

Matt Cardona doesn’t plan on being in AEW for only a short run. He wants a tenure with All Elite Wrestling that includes success and title belts. We’ll have to see what’s next for the former Broski, but he’s not harboring any resentment because of the way things turned out in Vince McMahon’s company.