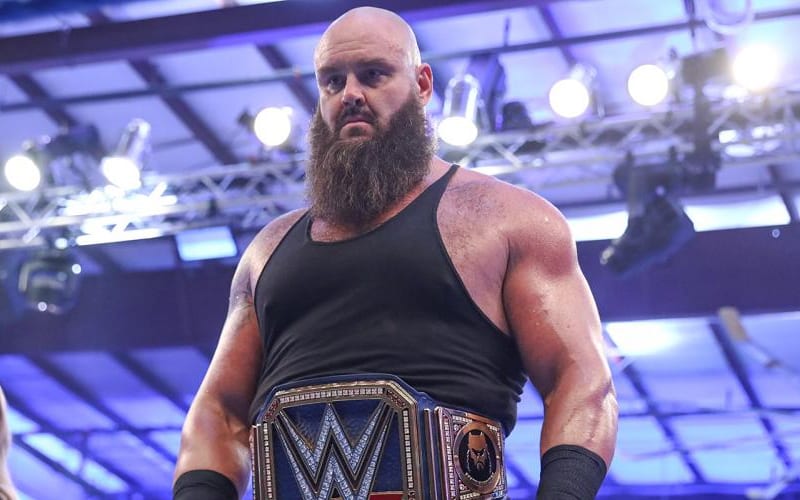 Braun Strowman was needed to defeat Goldberg at WrestleMania and then carry the Universal Title for months, but his time as champion is over. Strowman did the best he could with what WWE gave him as he feuded with Miz & Morrison and Bray Wyatt during his run with the top title on SmackDown. Booker T wasn’t impressed.

On his Hall Of Fame radio show, Booker T discussed Braun Strowman’s reign as Universal Champion. He said that all Strowman really did was hold a title.

The 6x World Champion continued to talk about how things will play out from this point on. Roman Reigns’ return changes things dramatically which came on the heels of The Monster Among Men dropping his title to The Fiend.

“I mean [Strowman] hadn’t had a really okay run. He hadn’t really done anything, you know what I mean? All he did was have the title. He held the title but he really didn’t get a chance to do anything with it due to the situation that we’re in right now, it’s hard to move around.”

“I don’t know. That thing’s going to have play out for me because I think the whole deal was more so about the story than it was about the title between Braun Strowman and The Fiend Bray Wyatt. I could be wrong, I could be wrong. The title just happened to be a part of it and the title didn’t conflict with Braun Strowman losing because of, it was about the story. That’s what I see. Was the title in a better place with Braun Strowman? Who’s gonna wrestle him, who’s gonna beat him? The same thing with Bray Wyatt? Who’s gonna wrestle him, who’s gonna beat him? Roman Reigns.”

We’ll have to see what’s next for Braun Strowman. He is in a triple threat match at Payback on Sunday. Strowman is also in that match with the new top babyface and heel of the blue brand. That being said, it wouldn’t be a huge surprise to see him take the pinfall this Sunday at Payback.