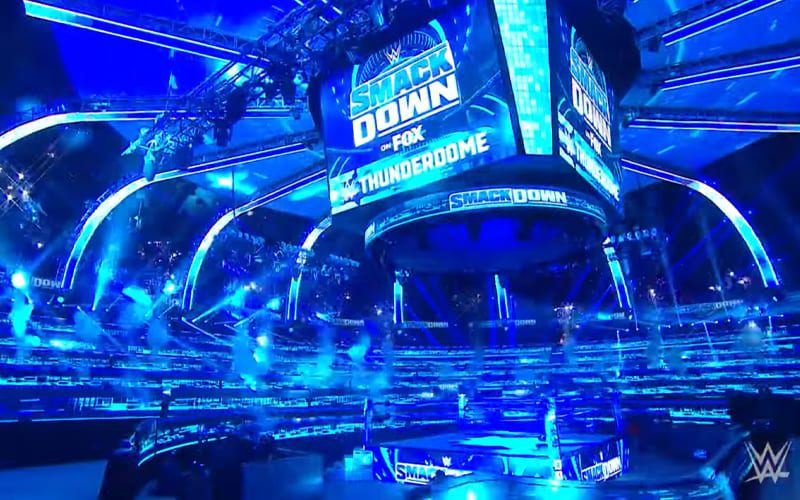 WWE’s new ThunderDome brought attention to the company, and it took a lot of work. Things were changed about WWE’s presentation when the ThunderDome was introduced including how crowd sounds are captured and utilized.

The Wrap.recently spoke to Duncan Leslie who handles WWE’s ThunderDome setup. His official title is senior vice president of event technical operations. He had a lot of very interesting things to reveal during that interview. WWE is known to take their time when coming up with certain things. Creating a name for their new virtual fan experience was apparently a much easier task.

Duncan Leslie said that WWE landed on the ThunderDome name “very quickly.” He also explained how the ThunderDome mixes live fan sound and canned responses for their broadcast. It was noted in the report that WWE uses a “virtual audience mix” to pull off the sound that fans hear while watching at home.

WWE uses what Leslie called “a virtual audience mix” — in layman’s terms, they pump fake crowd noise into the telecast but they can “introduce the fans at home” by unmuting the ThunderDome participants. That option comes with a “slight delay” and “a lot of ambience” at home, he said, but it’s a nice option to have.

Leslie called the ThunderDome and “open playing field” for them as they search out the best way to implement this new technology. The ThunderDome seems to have generated a lot of conversation. It will remain a part of WWE programming for months to come as well.