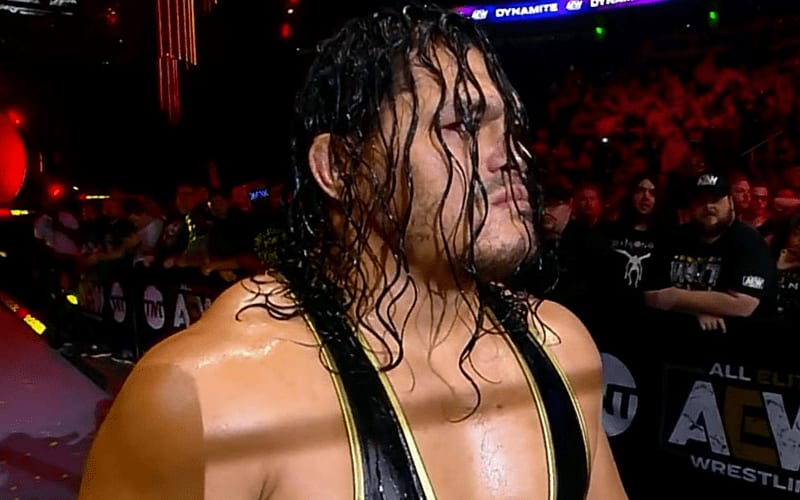 Jeff Cobb never arrived in WWE, but they had their chance. He tried out for the company in 2014, but they decided to go a different direction.

While speaking to Chris Van Vliet, Jeff Cobb discussed his very short time in WWE. He said that WWE had “one of every” kind of wrestler. He saw that they already had an Olympian in Chad Gable, and Kona Reeves was their resident Hawaiian. Cobb figured that WWE didn’t want him.

Then WWE asked Cobb to do Tough Enough, but reality television wasn’t his thing at all.

“That’s when they didn’t want me.  At the time, if you look at that roster back then, they had one of everything.  I don’t know if they were trying to collect them.  Chad Gable was there so they had an Olympian already.  Kona Reeves was already there, so they had their Hawaiian guy, so maybe they filled their quotas for what they needed.  I’m not mad at them.  I didn’t go online and bash them.”

“They asked me if I wanted to do Tough Enough in 2014 or 2105.  I didn’t want to do reality tv.  I wanted to be a wrestler.  That’s what I am.  I’m a professional wrestler.  I talked to them at the beginning of this year and I didn’t feel it was my time to go there yet.  There were a couple things I wanted to accomplish before I would go there.  I want to do more Tokyo Domes.  I only did one Tokyo Dome show and it was a pre-show.  Selfishly, I want to be on the main card.  I like their Open Never weight division.  I think they have some great wrestlers there.  I definitely want to win that championship back.  Who doesn’t want to go for the IWGP Championship?  I feel like their U.S. championship that they have, I can help that division and be a champion that can defend it in America.”

Jeff Cobb later decided not to sign with AEW despite having talks with Tony Khan. He seems to be happy in his current direction while making his own path in pro wrestling. You can never say never to him eventually signing with WWE, but the Olympian has always done his own thing.