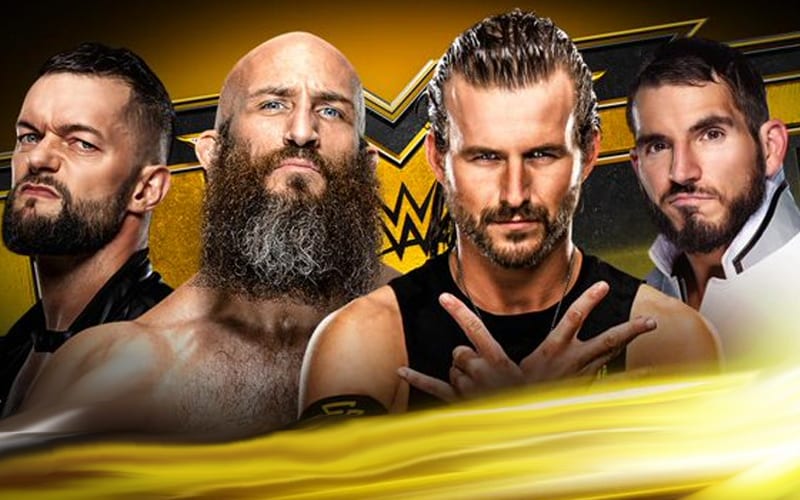 WWE NXT held a big episode this week without AEW on the other channel. The episode was full of newsworthy moments from Wade Barrett’s return to an NXT Tag Team Title win for Breezango. Karrion Kross also relinquished the NXT Title due to injury, and that situation isn’t looking good. Barrett said that he’ll be back next week which makes sense because they already filmed that episode by now.

NXT is promoting a packed show for next week. A 4-way 60-minute Iron Man match between Adam Cole, Johnny Gargano, Tommaso Ciampa, and Finn Balor will be the big attraction. A six-man street fight is also being promoted for the show.

During Wrestling Observer Radio, it was noted that NXT already taped next week’s show during their double taping. Next week’s episode will air on Tuesday due to the NHL’s post season.

There were at least 40 years of pro wrestling experience in the ring for that NXT Title match. It will air next week, but you know every one of those Superstars are sore this morning.

We have no leaks about who won, but the 4-way 60-minute Iron Man match went down on Wednesday night. This is the reason why Wade Barrett said that he’ll be back next week. It was noted on the show that his presence is only temporary.